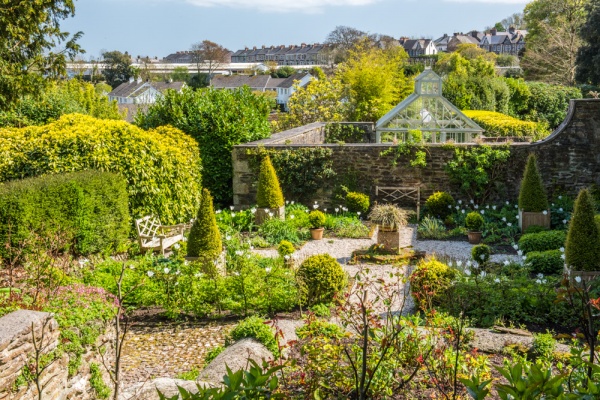 A variety of garden areas surround Bosvigo House, a Georgian house on the outskirts of Truro. A walled garden, Victorian conservatory, topiary, a woodland walk, and several themed colour gardens add interest throughout the growing season. Bosvigo bills itself as Cornwall's Best Kept Secret, and when it comes to gardens that may be true.

The Hot Garden is themed to provide red blossoming plants for a burst of sultry colour in August, while the Pink and Grey garden provides a more soothing environment to relax in.

The Vean Garden is linked to a small second property attached to the main house. This garden is divided by gravelled paths into sections planted in white, gold, and blue colour schemes, augmented by topiary of carefully clipped golden privet.

The Walled Garden is a recent addition, created with stone salvaged when a wing of the house was demolished in 1979. The Walled Garden is planted in a purple, blue, and pink colour scheme with campanulas, old-fashioned roses, geraniums and Asters, creating lush colour from mid-summer to the end of September.

Attached to the formal gardens is an area of woodland, where trails wind through beech and sycamore woodland. Snowdrops abound in spring, with wood anemones, scented narcissus, and hellebores creating extra colour amid the greenery. 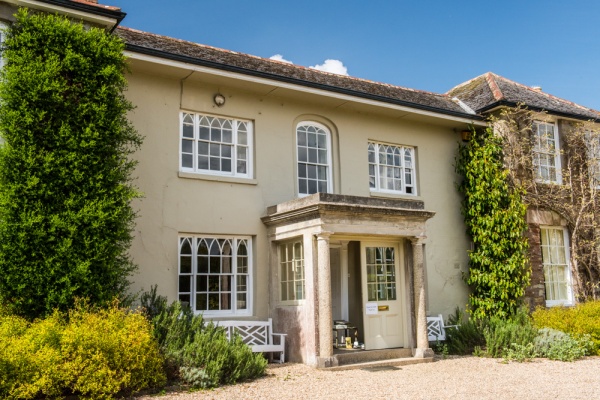 The history of Bosvigo House goes back to the 12th century. The name means simply 'House of Vigo'. The oldest part of the house began as a medieval farm, extended around 1600 with a 2-storey cob extension, with two wings added in 1780. The house was altered again in the Victorian period with a conservatory, a new staircase, and salon.

Hellebores are a speciality of Bosvigo gardens. Most are raised from seed, from hand-pollinated parents, so no two hellebores will be exactly the same colour. Each year in February Bosvigo hosts a special Hellebore Day. Proceeds from the garden admission and plant sales go to a local charity. Come early, because the event is extremely popular!

The gardens are usually open to the public from May through September. See the official website for specific days and times.

We came on a sunny afternoon in April. The garden is signposted off the A390 just west of the city centre. You approach via Bosvigo Lane. Do be aware that the garden entrance is located on a fairly sharp left-hand bend as you descend the hill, so that you come upon it quite quickly, without much warning. There is no dedicated parking area, you simply pull up next to the front of the house.

When we arrived there was no-one about, but there was an honesty box and garden plan leaflets just inside the open front entrance porch. We popped our money in the box and started to explore. There are few signs, so the map is very useful for making your way around the garden. Several garden areas are quite close to te house, and others are reached by winding paths off the drive. Though the garden is fairly small, it is full of inteest, and is extremely colourful. We particularly enjoyed the hot garden with its lush yellows and reds. 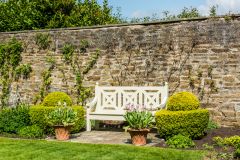 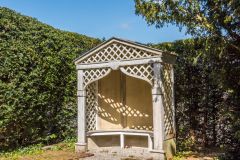 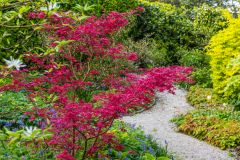 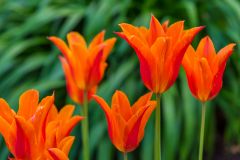 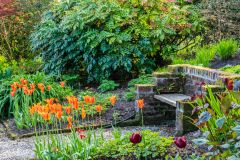 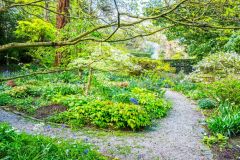 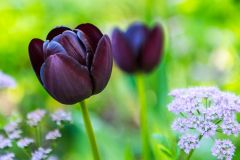 More self catering near Bosvigo Gardens >>

This king's frst wife was earlier married to his brother, Arthur

He had 5 more wives