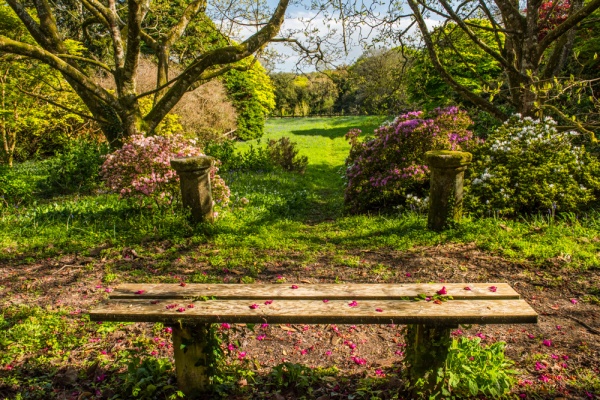 Proud winners of numerous gold medals at the Chelsea Flower show, Burncoose provides a 30-acre woodland garden for visitors to enjoy, linked to an award-winning nursery. The garden is at its best in late winter and early spring, when daffodils, bluebells, primroses, snowdrops, and other early flowering plants provide a welcome carpet of colour.

The garden is laid out over thirty acres of woodland around mile after mile of beautiful walks. Some of the garden paths were originally used to take the Williams family around the estate in a pony and trap. The garden spreads out over a broad hilltop, so doesn't take advantage of the micro-climate of many Cornish gardens, yet it still manages to pack an amazing variety into the wooded site.

Highlights include a pair of monkey puzzle trees standing over 100 feet high. A relative of the monkey puzzle is the Wollemi Pine, thought to be extinct until it was rediscovered in a remote Australian valley. Look for the 'Burncoose Magnolia', bred here by Arnold Dance, head gardener of Burncoose for 40 years.

East of the nursery is a stand of beech trees. In late April and early May this area is lush with bluebells in what is probably the most popular feature in the entire gardening year.

There are over 3000 different ornamental shrubs, trees, and herbaceous plants. The acid soil at Burncoose makes it a valuable resource for anyone planning a garden with similar soil conditions. 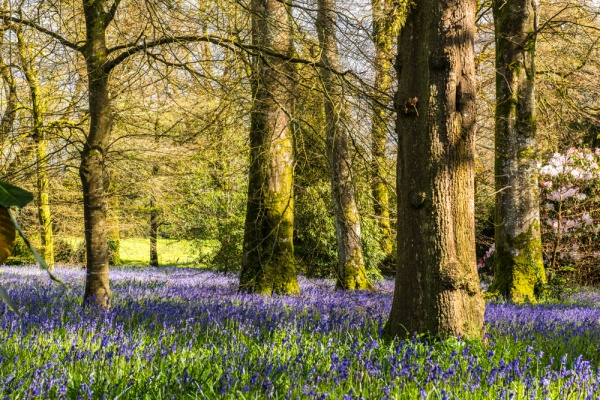 One garden highlight is a clump of Hydrangea 'Joseph Banks' which featured in an 1896 article in The Garden magazine, when it was already 35 years old. Near the garden entrance is an example of Rhododendron williamsianum, discovered by plant-hunter Ernest Wilson in China in 1908 and named for his patron, JC Williams of Caerhays. This is one of the largest surviving plants in Britain.

The rarest rhododendron in the garden is genestierianum, easily spotted by its peeling red bark and dark mauve blossoms.

The Burncoose gardens are part of the Caerhays estate, and were laid out by the Williams family, who were also responsible for the design of Caerhays garden. The garden is now part of a commercial nursery specialising in bamboo, camellias, and magnolias.

The Williams family owned several successful mines and smelting works in Cornwall. John Williams the First bought Burncoose in 1715, and the family laid out extensive parkland and formal gardens near the house.

The nursery used to charge for admission to the garden but later decided to open the gardens to the public for free. Just park at the nursery, which is well sign-posted off the A393, and ask for a woodland garden map. And then be prepared to spend several hours wandering the trails of this delightful historic garden. 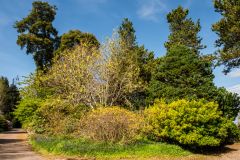 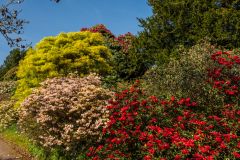 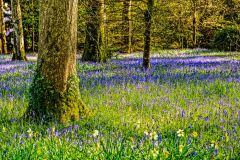 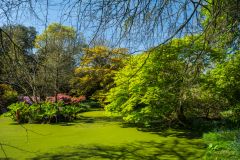 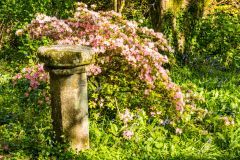 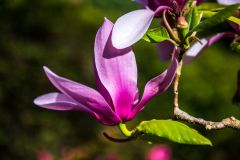 More self catering near Burncoose Garden >>