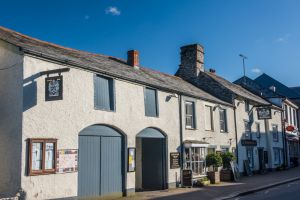 Camelford is a pleasant town on the western edge of Bodmin Moor. A short drive leads to the foot of Rough Tor, where strange rock formations adorn the top the hill. Just outside Camelford is Slaughterbridge, one of the traditional sites of King Arthur's last battle. Indeed, Camelford has been proposed as the site of King Arthur's court of Camelot.

Just 4 miles away is Tintagel where the ruins of a castle associated with the mystical king stand on the cliffs.

The short answer is probably not. The link may have something to do with the name; Camelot has a similar root to Camelford, but historians have dismissed the connection. The town has also been associated with the legendary Battle of Camlann, where Arthur was killed fighting the army of Mordred.

Unfortunately, the same Arthurian sites have also been linked to a number other British locations from Wales to southern Scotland, so even if Camelot existed, it may not have been here or at nearby Tintagel. That doesn't stop shops from offering a plethora of Arthurian souvenirs to buy in the Camelford area! 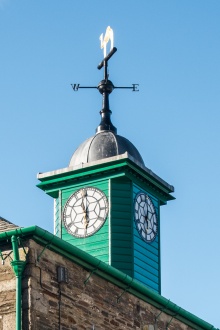 One local place to find out more about the Arthurian connection is the North Cornwall Museum and Gallery. The museum houses a wide variety of historical objects with a local connection, as well as works of art by local artists.

The town sits astride the River Camel and takes its name from a combination of words meaning loosely a beautiful ford across the crooked river. Despite the fact that the town crest shows a camel crossing a river the town has no historic link to camels! The ford across the Camel was a link in an important trading route during the medieval period.

The town centre is full of attractive period buildings including the Masons Arms, a former coaching inn built in 1600. Even more striking is the 1806 Town Hall, built by the Duke of Bedford and notable for its weathervane topped by a likeness of a golden camel. It really is an eye-catching building, and every time I've driven through Camelford I find my head swivelling to take a closer look!

Camelford is one of the easiest places to get a taste of Bodmin Moor. If you follow Roughtor Road through the hamlet of Tregoodwell to the end of the road you will find a small Forestry Commission parking area. From there a well-trodden trail leads straight up the hillside to the top of Rough Tor, where you can see some of the surreal rock formations that make the moor strangely compelling. 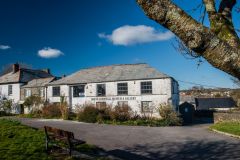 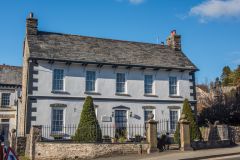 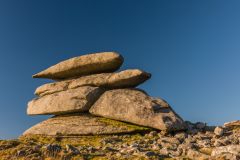 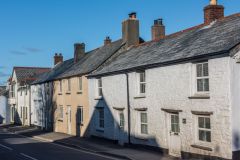 More self catering near Camelford >>

More bed and breakfasts near Camelford >>

He was famed for the saying, 'no bishop, no king'