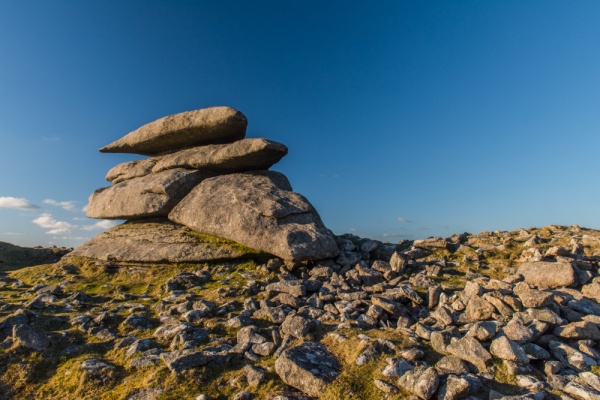 The remains of over 100 Bronze Age huts cluster on the southern slopes of Rough Tor, near Camelford, Cornwall. A smaller village is on the north slope, and a holy well, numerous cairns and burial chambers are nearby.

A Neolithic enclosure surrounds the summit of the Tor itself, with rough stone walls joining natural outcrops to create a defensible site. The 'tor enclosure' engineering project is similar to remains found at Carn Brea and Helman Tor and probably dates to the early Neolithic period (c 3500-4000 BC). The walls are pierced by at least 7 stone-lined entrances. Inside the enclosure are levelled terraces, presumably used for huts.

Stone mounds, or cairns, have been erected between the ramparts, and on the side of one large cairn you can see the foundations of a 14th-century chapel, dedicated to St Michael. This is the only known chapel on Bodmin Moor and stood above an ancient trackway.

The location suggests that it was used as a navigation aid for travellers across the Moor. A hermit probably lived in the chapel, or in the ruined dwelling below the summit, and kept a beacon lit. 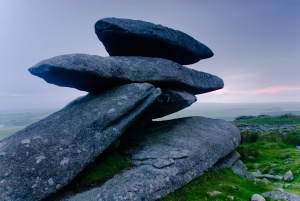 On the sloping side of the tor, below the area of stone clutter on the summit, are 3 or 4 enclosures, within which are evidence of a large number of hut circles. The enclosures stand beside a prehistoric field system, with evidence of later medieval farming.

The field system has puzzled archaeologists, with some seeing it as evidence of a farming-based culture, while others suggest that cereal crops were not grown here at any time in the Bronze Age and the fields boundaries must have been meant to control livestock.

The settlement was occupied from the Early to the Middle Bronze Age. About 200 yards away is Fernacre stone circle.

Larger than the southern settlement, yet probably used at the same time. This area is open grassy moorland, where you can make out over 120 hut circles and enclosures laid out on a north-south axis. There were at least 3 phases of occupation, beginning in the Early Bronze Age and continuing for over 1,000 years.

The simplest way to reach Rough Tor is from a sign-posted parking area at the base of the Tor, reached by Roughtor Road from Camelford, via Tregoodwell. From the parking area simply follow the well-trodden track up the hillside, to the Tor summit, easily visible above you.

Please do take care; the weather can change very quickly, and fog can make visibility difficult. I was photographing the sunset atop the Tor when the fog rolled in and made it extremely difficult to see. Luckily, I knew that if I just walked downhill, I'd come to the stone wall by the parking area, so I wasn't too worried, but it's a good idea to keep one eye on the weather at all times! 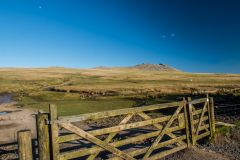 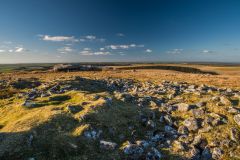 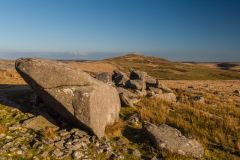 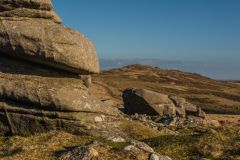 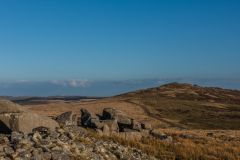 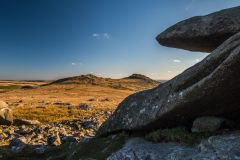