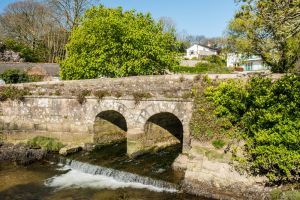 Gweek is a beautiful village on the picturesque Helford Estuary in southern Cornwall, surrounded by woodland and stunning coastal scenery. Gweek is best known for its National Seal Sanctuary, which is a must-visit family attraction.

Most people visit Gweek to experience the Seal Sanctuary, a home to injured seal pups. The Sanctuary began in 1958 when a man named Ken Jones discovered a baby seal on the beach at St Agnes. From that single seal, Jones was inspired to create a safe haven where sick, injured, or distressed marine mammals of any sort could safely be housed and rehabilitated until they could safely be released back into the wild.

About 40 grey seal pups are rescued annually, and over the decades only 4 pups have been found incapable being released back into nature. Visitors to the Sanctuary can see the pups at play, and learn about conservation efforts. Other species to see include otters and farm animals.

The history of Gweek goes back as far as 450 BC when tin was traded with the Phoenicians from a port at the mouth of the Helford River. The name Gweek comes from the Cornish for a forest village, an indication that lush woodland once covered this area of the south Cornish coast. The first record of the name comes from 1358.

The Romans used the natural harbour at Gweek and during the Elizabethan period, the port was so busy that it needed its own customs house. The river gradually silted up, in part because of waste products from the busy tin mining trade. It is hard to imagine Gweek as a busy place today, however; there are few facilities beyond a village shop and the Black Swan pub.

Four miles away is the historic Poldark Mines at Wendron, and the National Trust's Glendurgan Gardens are just slightly further away. 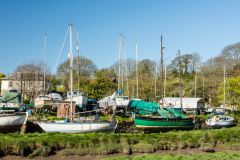 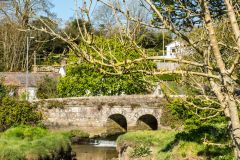 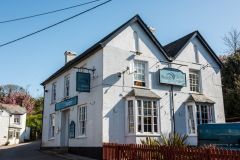 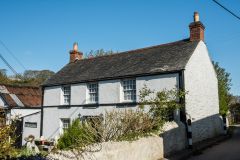 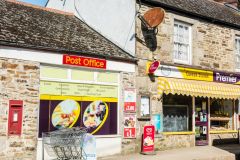 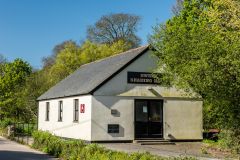 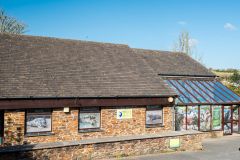 More self catering near Gweek >>

More bed and breakfasts near Gweek >>