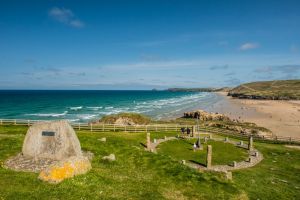 Perranporth is an old tin mining village now popular as a holiday destination. The coast offers superb scenery and walking trails along a landscape of dramatic views and strange geological rock formations. At the edge of Perran beach is a striking natural sea arch, while on the cliffs above the beach is the latest local landmark; a huge sundial erected to mark the Millennium.

The first two churches at Perranporth both suffered the same fate; they were inundated by coastal sand. The first church was built by St Piran himself, or his followers, around the year AD 500. Pirran was exiled from Ireland and is said to have come ashore on Perran beach, where he built a timber Oratory.

The timber and daub building was later rebuilt in stone, but that first church was overwhelmed by sand and abandoned by the 10th century. It was excavated in 1843, then reburied in 1980 to protect it from flooding and acts of vandalism. Near the Oratory is an ancient cross, thought to be one of the oldest in Cornwall.

The second church was erected around AD 1100, further inland than the first. This church remained in use until 1795, but unfortunately the location also proved too close to the coast, and in turn, this Norman building was buried by sand. Stones were removed from the building and used to build a new church a safe distance from the coast. The ruins have been partly excavated and you can see remains of the walls. 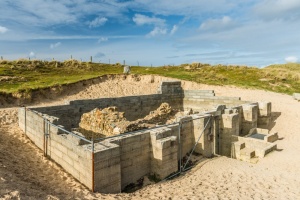 The third church was built 2 miles inland in 1804, reusing the upper portion of the Norman tower. Inside the church are carved panels thought to be part of the 12th-century church's rood screen. The font comes from the Norman church, as do some of the nave pillars.

St Piran's Day is celebrated annually on 5 March, when a procession marches from the Oratory to the Norman church, while a play depicting St Piran's arrival is performed. St Piran's flag, now in use as the flag of Cornwall, is carried in the procession.

Just outside Perranporth is the site of the old church of St Piran, which has been buried by sand over the centuries. An Iron Age hill fort stands just outside the village.

Despite the rich history of the area, most people come to Perranporth simply to enjoy the sandy beaches and walk along the beautiful coastline. Atop the cliffs, you will find a memorial bench commemorating Winston Graham, author of the popular Poldark series of historical novels. 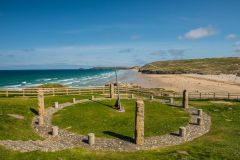 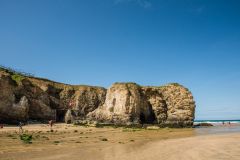 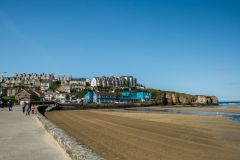 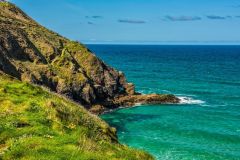 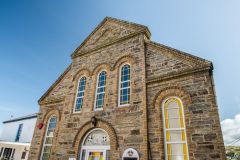 More self catering near Perranporth >>

More bed and breakfasts near Perranporth >>