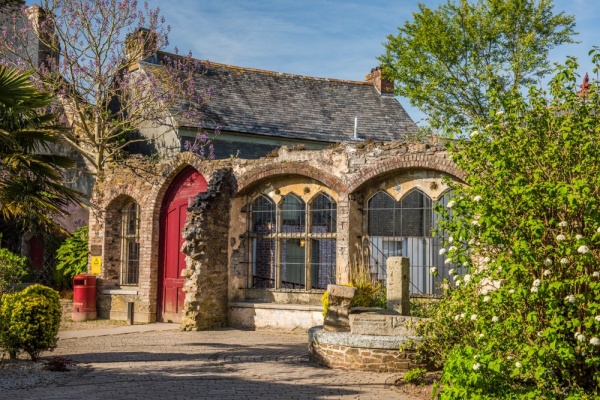 A bustling market town in south-west Cornwall, one a wealthy centre for copper mining. Nearby is Carn Brea, a Neolithic hilltop settlement. A short distance away is the open-air amphitheatre of Gwennap Pit, where John Wesley preached.

The town name comes from Cornish for 'red ford', though in this case its the 'ruth' ending that means the colour red! The original settlement was at Churchtown, near the current church of St Euny. The first settlers mined copper, lead, and tin from the shallow lodes, and the process of extracting the metal ores turned the water red, giving the ford its name.

Redruth was little more than a quiet market town before an 18th-century boom in copper demand. Redruth became a wealthy centre of the copper mining industry, and one of the largest mining areas in the country. One reminder of the trade is the Mining Exchange, built in 1880.

St Euny's church was begun in the Norman period, but rebuilt in 1756, though it retained its 16th-century tower. In the centre of town stands another tower - the Town Clock, built in 1828 and once used as a lock-up. The Clock Tower was raised in 1904. According to a local tale, miners living in the upper part of town could no longer see the clock face because of the height of nearby Trounson's store, so the tower was raised one storey. 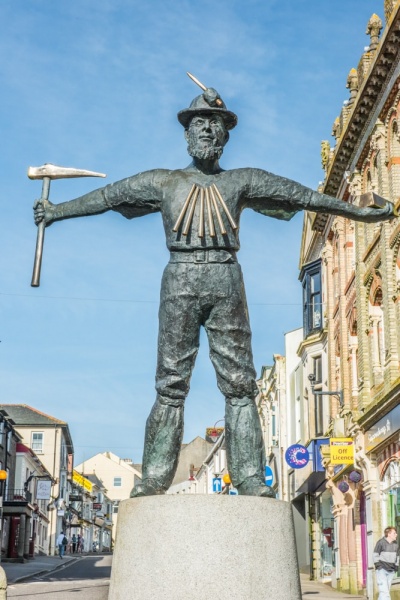 This 14th-century cross stands in front of an ornamental garden, within the ruined walls of Druid's Hall. Despite the name, Druid's Hall was an event venue built in 1859. It staged magic lantern shows from 1904 and later become the town's first cinema.

In the middle of Cross Street stands a small, unobtrusive building erected around 1660 to serve as a chapel. The chapel was built around AD 1400 to serve pilgrims on their way to St Michael's Mount. It served for a time as a gaol but it is most famous as the home of William Murdoch, who lived here from 1782-1798. Murdoch was an extraordinary man; an inventor and engineer well in advance of his time.

He designed mine engines, and in 1784 demonstrated a miniature steam locomotive. In 1792 he used piped coal gas to illuminate his house with gas lighting. This is perhaps the very first house in the world to be gaslit. The house is now a museum and event venue.

One of the more recent local landmarks is a Cornish Miner Statue, commissioned in 2008 by the Redruth Public Realm Working Party's Mining Art Group and created by sculptor David Annand. The statue looks almost like a crucifixion scene, with a miner standing tall, his arms outstretched, a pickaxe in one hand, an ingot in the other, and a miner's helmet on his head.

On Tolgus Place is what remains of an ancient corn mill, a 16'' wheel still visible on the outside of the building. Also known as Sara's Foundry, the foundry was built by the Sara brothers around 1850 and remained in operation until the 1960s. Though it retains its internal machinery it is now part of a private dwelling, so only the exterior can be viewed. 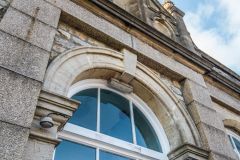 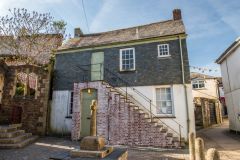 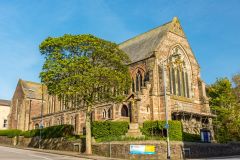 More self catering near Redruth >>

More bed and breakfasts near Redruth >>