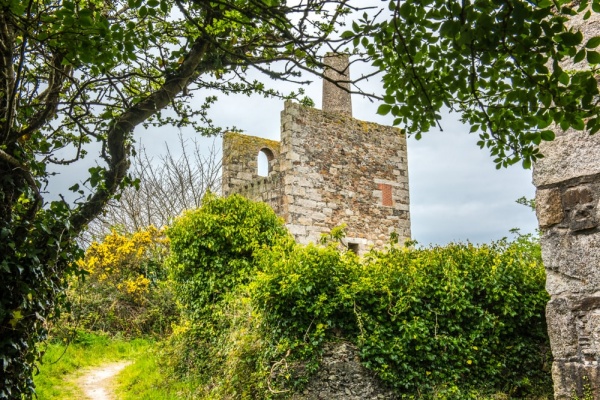 Wheal Peevor Mine Site, outside Redruth, is one of the least-known mining heritage sites in Cornwall, yet one of the most important. A small site by Cornish standards, Wheal Peevor is rare because it features a three engine house arrangement, with an engine devoted to each of the three major mine engine functions of pumping, hauling, and crushing, all on the same compact site.

Wheal is Cornish for a mine, but it is not known what Peevor refers to. It may have been the name of a mine investor.

Wheal Peevor had three separate incarnations as an active mining site. The mine was worked from the mid-18th century at shallow depths, mainly to extract copper ore. The mine proved to be very wet and required 3 Newcomen Engines to pump out water. Very little remains from that earliest mine.

The second phase of mining began in 1872 when Wheal Peevor was reopened to mine for tin as part of Great North Downs Mine. Rich veins of tin ore were discovered under the previously mined copper at a shallow depth, and the mine was extremely profitable for the next 16 years until it closed in 1888.

Over that time it extracted some 3280 tons of black tin, 5 tons of copper ore, 7 tons of pyrite, and 12 tons of arsenopyrite. One reason for the success of the second mine was that the tin ore assayed at 4% as compared to 1-2% at most other mines. 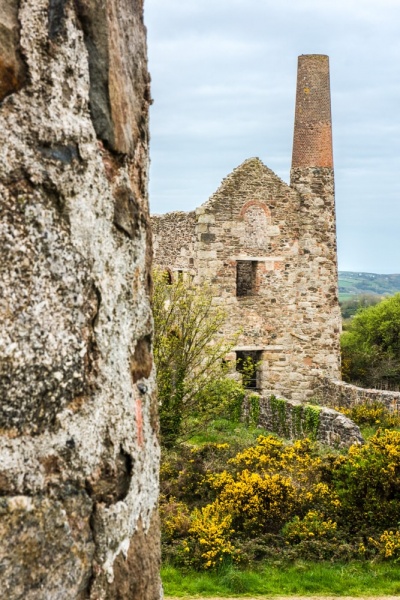 Mitchells Pumping Engine House was built to pump the mines with the aid of a 60-inch cylinder driving a series of flat rods. This engine ran day and night in an effort to keep the mine free of water.

Later, a rotating winding engine was added with a 22-inch cylinder. This engine hoisted ore from Sir Frederick's Shaft. The shaft was drained to a depth of 165m (540 feet) by a system of 350m of flat rods. The shaft was later lowered to 201m (1660 feet).

In 1876 a stamps engine house was built to crush the ore. This engine had a 36-inch cylinder. Then a Calciner was built to heat the ore to extract impurities, and a huge 70-inch pumping cylinder brought from Wheal Violet Seaton mine near Camborne. Unfortunately, tin prices fell with the discovery of deposits in the Orient and Australia, and the mine was forced to close in 1889.

At its height, the mine employed 186 miners underground plus another 135 workers, mostly women and children, at the surface. By the time the mine closed that number had fallen drastically to just 37.

You might think that the workers above ground had it easy compared to the miners underground. Perhaps so, but it was still difficult and dangerous work. And very, very noisy. The noise generated by the Cornish and Californian stamps could be heard 3-4 miles away and would have been absolutely deafening to workers on the nearby dressing floors.

In 1911 the mine reopened again, though this time with very limited success extracting tin ore and wolfram (tungsten). It closed once more in 1918, and after an abortive attempt to reopen in 1938 came to nothing the site was abandoned. 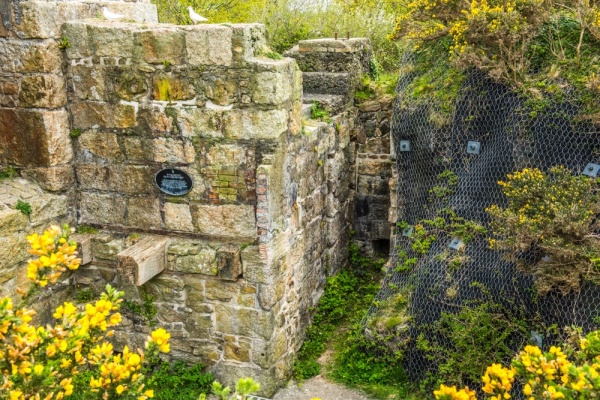 Wheal Peevor lies just off the A30 north of Redruth, near Radnor. The signposting isn't great, but there are signs off the minor road through Radnor. The mine lies almost opposite Radnor golf course. It is an open site, accessible at any time.

In 2003 a government grant was awarded to the Wheal Peevor Project to clean up the site and build interpretive trails and information points around the site. The trail network connects up to the larger Mineral Tramways Project linking industrial heritage sites around Redruth and Camborne. The Coast to Coast Trail runs through the mine site.

There is a small parking area with space for about five cars, and a network of paths around the mine buildings. What really makes Wheal Peevor enjoyable to visit is that there are numerous very good information panels around the site with very useful maps and drawings illustrating how the site developed and how each building was used.

One of the most interesting features at Wheal Peevor are the 19th-century buddles, a series of large circular pits, near the stamps engine house. The buddles used water to separate light waste material from the heavier grains of valuable tin. It is the same principle used by gold miners 'panning' for small pieces of gold by swirling water around a circular bowl. 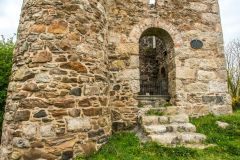 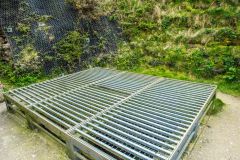 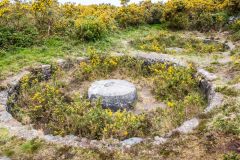 Nearest Accommodation to Wheal Peevor Mine:

More self catering near Wheal Peevor Mine

More Hotels near Wheal Peevor Mine

More bed and breakfasts near Wheal Peevor Mine

Self Catering near Redruth