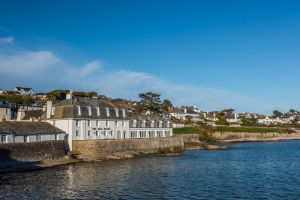 St Mawes is a popular boating centre on the Roseland Peninsula, located opposite Falmouth on the east shore of the Fal Estuary. The most notable building is St Mawes Castle, built by Henry VIII. The castle stands opposite Pendennis Castle on the other side of the estuary.

Henry VIII built St Mawes Castle in 1540 to protect shipping on the River Fal from the threat of a French invasion. The castle, and its counterpart across the river mouth, were built with new advances in artillery in mind and were intended to work together to protect Falmouth harbour. Though it is called a castle, it is really an artillery fort, built in a clover leaf design, with three round bastions encircling a central tower.

The castle was defended by Royalist troops in the Civil War, but the Royalists surrendered to Parliament in one of the final acts of the war. The 16th-century defences were updated in WWI and again in WWII when anti-aircraft guns were installed. Aside from the modern gun emplacements, the castle is remarkably unaltered from Tudor times and is a striking example of the coastal defences initiated during Henry VII's lifetime.

Apart from the castle, the most interesting historic site in St Mawes is the parish church, dedicated to St Maudez, a 5th-century Irish saint. Maudez established a chapel and holy well here by the river mouth. The chapel was in use throughout the medieval period. We do not know exactly when it was built, but it was mentioned in documents from 1427. The chapel was abandoned in the late 16th century.

In 1808 the Marquis of Buckingham built a private chapel, which was rebuilt on a different site in 1881 to serve the townsfolk of St Mawes, who otherwise had to travel to St Just in Roseland for services. The new church was built in Early English style. The most notable features are stained glass windows, particularly the west window, given in memory of Staff-Commander Vincent of Southampton.

Another historic building is the Old Court House on Marine Parade. This Grade II listed, whitewashed building near the harbour was used for manorial courts and was built in the 17th century.

St Mawes is linked to Falmouth by a vehicle ferry, which operates year-round, and there is also a seasonal ferry helping walkers on the South West Coast Path cross the river mouth. 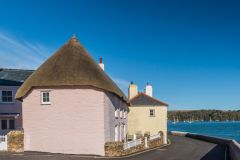 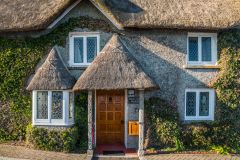 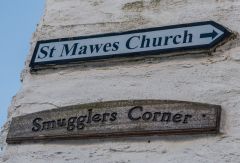 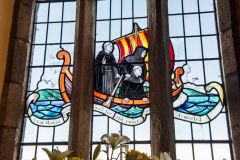 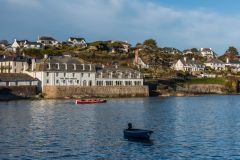 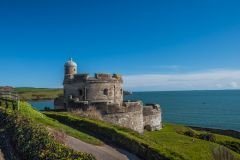 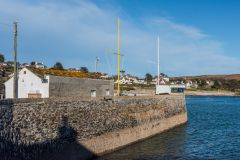 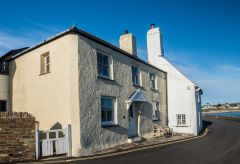 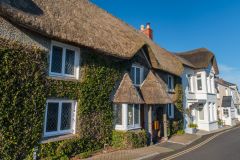 More self catering near St Mawes >>