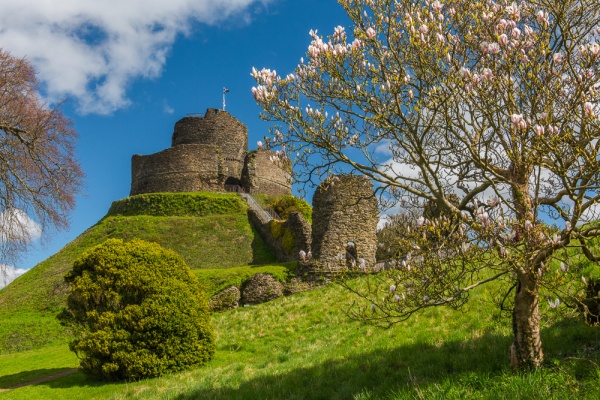 A mighty Norman fortress looming over Launceston atop a natural mound. The castle was originally called Dunheved, and was built to control the crossing of the River Tamar in and out of Cornwall. In the 13th century Richard, Earl of Cornwall rebuilt the castle in stone, and fortified the central tower. The castle was used for many years as an assizes and gaol.

Shortly after the Norman Conquest William the Conqueror made his half-brother, Robert of Mortain, the Earl of Cornwall. Earl Robert built a castle at Launceston, on the main transportation route between Cornwall and Devon. The castle was a traditional motte and bailey design favoured by the Normans, with a timber palisade atop a high mound, surrounded by an outer bailey enclosed by earthworks.

Launceston Castle served as the main administrative centre for the Earls of Cornwall, and timber buildings, including a great hall, were erected inside the bailey. In 1166 Launceston was made the base for assize courts, and the hall was rebuilt in stone.

Sometime in the late 12th century, a circular stone keep was erected on top of the castle mound. Then in 1227 Robert, brother of Henry III, was made Earl of Cornwall, and he replaced the remaining Norman timber fortification with a strong stone castle, built a keep inside the circular tower, and erected a stone curtain wall in place of the earthwork banks and ditches.

Earl Richard enlarged the earlier hall, strengthened the curtain walls, and built a barbican to defend the south gate. An internal staircase leads to the top of the tower and offers superb views over Launceston and the surrounding countryside.

The Earl also built a wall around the town of Launceston and added with three gatehouses for extra security. This made Launceston the only walled town in Cornwall, another indication of the town's importance. However, that importance was not to last, for when Earl Richard died, his son and heir, Edmund, moved his administrative centre to Lostwithiel, and Launceston Castle was allowed to decay.

By the 16th century the medieval castle was falling to pieces, and though it was not used as an administrative centre, it still served as a prison, made famous for holding several prominent religious dissenters. The most famous prisoner to be held in Launceston gaol was George Fox, founder of Quakerism.

At least Fox was released after 8 months, unlike the Catholic Cuthbert Mayne, who was executed in 1577 for his religious views. In 1838 the county assizes were moved to Bodmin and Launceston's prison was torn down a few years later. The castle was used as a public park before being taken into government care, and it is now run by English Heritage.

Launceston is an extremely good example of the Norman motte and bailey style of caste, with the stone keep rising atop a tall mound, contained within an encircling bailey, defended by an outer stone curtain wall. You can still see the original earthwork defences. The round bread ovens that served the Earl's halls are still easily visible.

We came on a dreadful day, with torrential rain soaking Launceston. We had to dash from the modern visitor centre to the relative shelter of the stone keep. It was one of the most unpleasant experiences I've ever had visiting a historic site in England ... and yet Launceston Castle blew me away.

The keep, encircled by the 12th-century tower, was an impressive 'statement' by the Earl of Cornwall, and I'm sure the people of Launceston were left in no doubt of the Earl's importance! The keep towers over the bailey, and over the town outside the walls. This must have been an incredibly impressive fortification in the medieval period when Launceston was at the height of its importance as a centre of justice and legal administration.

Well, I've now managed to visit Launceston Castle twice more, both on lovely sunny days, and its only served to reinforce my initial impression; this is one of the most impressive Norman castles in England, and an absolute delight to explore. 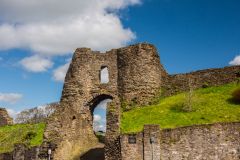 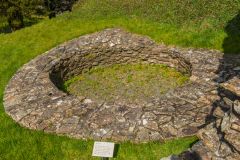 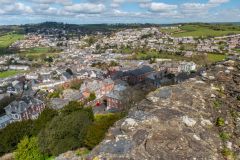 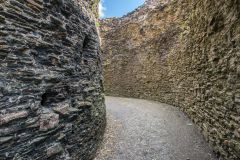 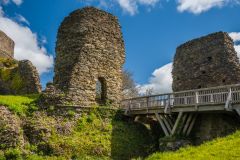 More self catering near Launceston Castle >>