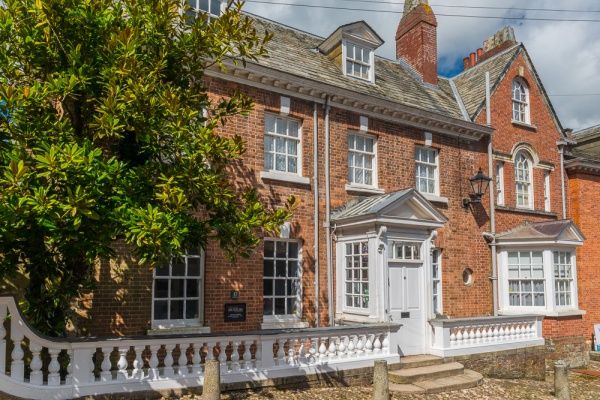 Lawrence House is an elegant Georgian townhouse, built in 1753, owned by the National Trust and used as a local museum. The museum tells the story of Launceston, with emphasis on some of the famous people who have lived here, including John Couch Adams, the astronomer who discovered the planet Neptune.

The museum is set in themed rooms, many of which retain the original Georgian furnishings, decoration, and fireplaces. Perhaps the finest room is the drawing room, sometimes used as a parlour by the Lord Mayor of Launceston, and offering views over a pretty townhouse garden behind the house. 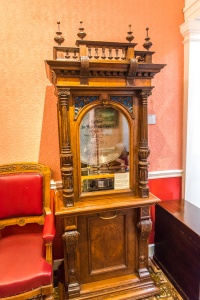 The museum takes up 3 floors of the 18th-century building. Much of that space is given over to exhibits on local history, with a particular focus on Launceston's links to Australia. Those links go back to Philip King, who sailed as 2nd Lieutenant aboard the HMS Sirius in the first convoy of convict ships to Australia in 1787. Exhibits tell the story of the convicts, and the town of Launceston, in Tasmania.

Another of the themed exhibits focuses on John Couch Adams, who made his astronomical observances on nearby Laneast Down in 1846, and 'discovered' the planet Neptune.

There are plenty of hands-on activities for children, and a recreated Victorian kitchen, with an original washing mangle and kitchen range. See local costumes highlighting changing fashions from the 18th century to the present. There is a clockwork polyphon (a form of 19th-century jukebox), which can play over 50 tunes, including 'God Save the Queen' (despite the fact that the museum was made in Germany!).

There is also a scale model of the Launceston Southern Railway Station, and a unique collection of over 1000 pressed plants from around the Launceston area, collected between 1881 and 1920. One exhibit traces the life and work of local poet Charles Causley. Included in the exhibit is a rare first edition of his first published work, a play called 'Runaway', published when Causley was just 19. Another unusual exhibit is a model ship made of bone, carved by French prisoners of war during the Napoleonic Wars. Other POW carvings include a priest and an angel.

One of the collection highlights is a silver penny dated to the reign of William the Conqueror. Before William's victory at the Battle of Hastings in 1066 Launceston had its own mint, so it is always possible that the coin was actually minted here shortly after the Norman Conquest.

Architectural historian John Betjeman once described Castle Street in Launceston as possessing the 'most perfect collection of Georgian townhouses in Cornwall'.

I had a wonderful time visiting the museum. A group of volunteer stewards were conversing when I walked in, and one of them attached herself to me and enthusiastically showed me her favourite exhibits, including the remarkably good sounding polyphon.

On the day I visited the museum was launching a new exhibit on a local archaeologist who had helped excavate the ancient city of Ur in Mesopotamia. One of his discoveries was a 5,000-year-old carving of a recipe for a form of fruitcake. In honour of the exhibit, the volunteers had adapted the cake recipe to modern ingredients and baked it for visitors. They offered me a very tasty slice of the cake, so now I have the pleasure of telling my family I've eaten a slice of 5,000-year-old cake.

Entry to the museum is free. 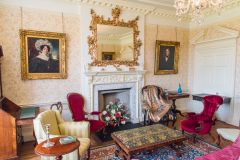 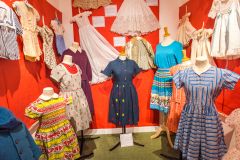 This king led his troops at the Battle of Dettingen in 1743, the last English king to lead his men in battle


His father was George I

He was followed to the throne by George III