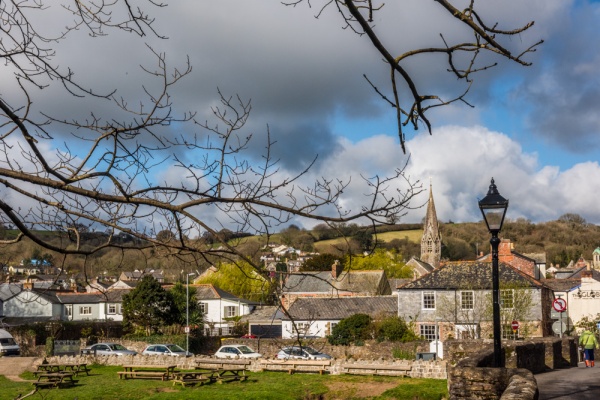 Lostwithiel from the east bank of the River Fowey

Lostwithiel is a good-sized town on the River Fowey, in eastern Cornwall. Just outside Lostwithiel is Restormel Castle, the superb remains of a moated medieval fortress. The name Lostwithiel is the subject of some debate, but the most widely accepted version suggests that it comes from the Cornish 'lostwydhyel', meaning 'place at the tail end of a wooded area'.

The town was established by the Normans as a centre for exporting Cornish tin. The river was much deeper in the medieval period, and sea-going boats were loaded with tin at Lostwithiel quay before transporting the ore throughout Europe.

Trade prospered, and Lostwithiel became the second-busiest port in southern England. Its economic importance was recognised in the 13th century when it was made the county town and main administrative centre, as well as acting as a stannary town, where tin was weighed. 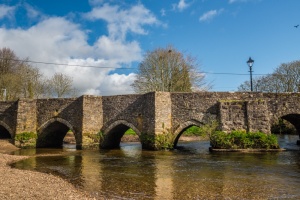 In an ironic twist of fate, it was the tin trade that ruined Lostwithiel's prosperity, for rubble from tin mines caused the river to silt up, and large transport vessels could no longer reach the quay.

Lostwithiel was occupied by Parliamentary soldiers in the Civil War, and in 1644 the Royalist armies of King Charles launched a siege. Charles himself stayed at nearby Boconnoc, where the gardens are occasionally open to the public.

The town itself was badly damaged, and many of the buildings in the town centre had to be rebuilt in the latter half of the 17th century, giving the town a distinct Jacobean and Georgian flavour.

Perhaps the most impressive historic structure in Lostwithiel is the early 14th-century bridge across the River Fowey. The bridge stands at the site of the original river crossing. The first bridge here was erected by the Normans.

That early structure was rebuilt in the 13th century and is still in use today, though it has been repaired numerous times. The Black Prince rode over the bridge on his way to Restormel Castle in 1354, and the townsfolk of Lostwithiel sent the defeated Parliamentary troops packing from the same spot.

The striking medieval church is easily spotted due to its slender 14th-century spire atop an earlier 13th-century tower. The oldest part of the church is 12th century and features an ornate east window. During the Civil War Cromwell's soldiers stabled horses in the church. According to an old story, one of the horses was christened 'Charles' by the soldiers. 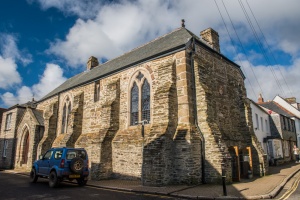 A reminder of Lostwithiel's medieval prosperity is the Guildhall, sometimes known as Duchy Palace or Stannary Palace. The Palace was not one building but a complex of buildings created by the Earls of Cornwall from 1265 as a centre for administration of their vast estates. What we see today is just part of the great hall, used as a court and tax centre for Cornish tin mining.

The great hall was damaged in the Civil War siege, and only part of the hall known as the Exchequer Hall survived intact. The Duchy Palace was used as a Freemason's Hall from 1878 and was recently restored serve as a multi-purpose community building.

Occupying space in two of the town's historic buildings is Lostwithiel Museum. The museum is housed in the restored Corn Exchange and the neighbouring Town Gaol. Exhibits cover the long history of the town, with a large collection of objects donated by local people, including historical photographs and parish records.

Another interesting old building is Taprell House, which may have begun as a medieval guildhall. The Mayor of Lostwithiel stayed here during the Civil War siege. To one side of the building is Edgcumbe House, built in the 1740s as a town house by Lord Edgcumbe. The Grammar School was founded in 1781 and later served as a market hall. Now only the 18th-century facade remains; behind it are modern flats.

Just outside Lostwithiel stand the remains of the fortress built by the same Norman lords who founded the town itself. Edmund, Earl of Cornwall rebuilt the castle in the 13th century, and Edward, the Black Prince lived here for a time. The castle is remarkable for its circular shell keep, built atop the earlier Norman motte and bailey. You can climb to the top of the walls for wonderful views. 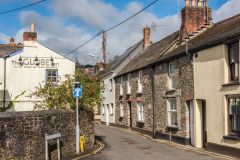 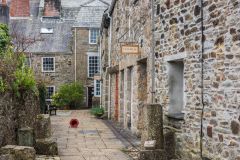 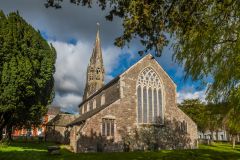 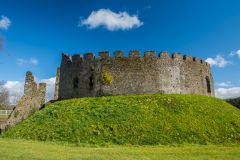 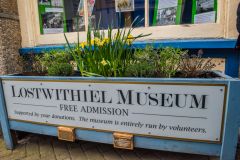 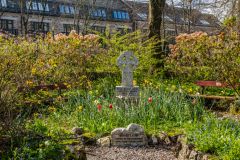 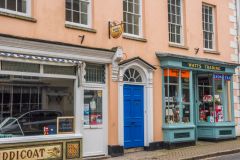 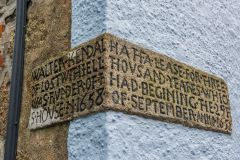 More self catering near Lostwithiel >>

More bed and breakfasts near Lostwithiel >>