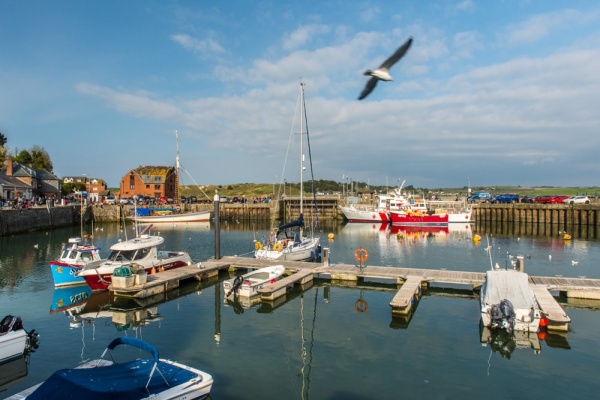 A lovely town on the Camel Estuary in North Cornwall, Padstow is famous for the annual appearance of the Obby Oss (Hobby Horse). In a ceremony that dates back to pagan times, this May Day festival may be one of the most ancient customs still practised in England. 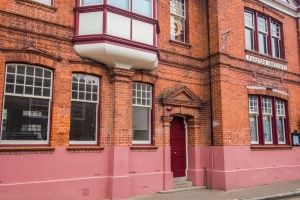 Origins of the Obby Oss

The earliest written record of the Obby Oss festival comes from 1803, but there are records of traditional May Day celebrations around England going back at least as far as the 16th century. A hobby horse is mentioned in the 'Beunans Meriasek', a Cornish language play written around 1504 and based on the life of Saint Meriasek or Meriadoc.

One theory is that the Obby Oss evolved from the ancient Celtic worship of the horse goddess Epona. May Day celebrations, in general, may have evolved from the old Celtic festival of Beltane.

The name Padstow evolved from the Old English Petroc-stow, meaning Petroc's Place, a reference to the early Celtic saint Petroc, who came here around the year AD 500 and is said to have founded 4 churches in the area (the others being at Bodmin, Parracombe, and Little Petherick). A monastery was established after Petroc's death, and his shrine became a place of veneration. The settlement grew up around the monastery.

In AD 981 Viking raiders destroyed the monastery, and rather than rebuilding, the monks moved further inland to Bodmin, taking the saint's relics with them. The settlement of Padstow survived, though the manor was still held by the monks of Bodmin. The connection between the two places continued during the medieval period when Padstow was known as Aldestowe (the old place) and Bodmin as the 'new place'.

Padstow's parish church is one of the 4 churches said to have been established by St Petroc during his lifetime. If that is true, nothing now remains of that 6th-century building. What we see today is a lovely 13th and 14th-century church.

The oldest historical items inside the church are the font, dated to the 15th century, and the pulpit, carved around 1530. There is a memorial brass from 1421, and a pair of very grand memorials to Sir Nicholas Prideaux (d. 1627) and Sir Edmund (d. 1693).

A short walk from the centre of Padstow brings you to the Prideaux's family home, a lovely Elizabethan manor known, not surprisingly, as Prideaux Place. Fourteen generations of the family have lived here, making it one of the oldest houses of continuous habitation in the West Country. The house is set in beautifully restored historic gardens, featuring a 17th-century Temple and 18th-century stable. 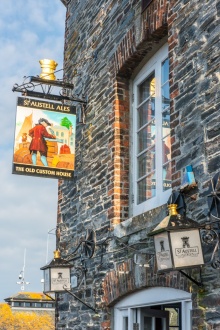 There are beautiful beaches in the area and excellent coastal walks. Or, you can head across country, following the Camel Trail leading 19 miles from Padstow to Wenford Bridge.

There is a large parking area at the west end of the harbour, where you will find the National Lobster Hatchery visitor centre. A short stroll along the waterfront leads to the harbour area, where boats bob at anchor. The area around the harbour is packed with attractive older buildings. As you explore you will notice that a lot of the shops and restaurants are run by Rick Stein.

The popular restaurateur has a multitude of local ventures, from his flagship restaurant to a bakery and shops. Stein is involved in so many local ventures that Padstow has been dubbed 'Padstein', a reference that not all the locals are happy with! I didn't stop for a meal at the restaurant but I did grab a fruit scone from the Rick Stein bakery and it was extremely good.

From the harbour area, there are pedestrian signs for Prideaux Place. You can easily walk to the manor house from the harbour area, though it is rather steep. Alternatively, If coming by car it is far easier to bypass the first turning into Padstow, with its signposted parking areas, and follow the brown tourist signs for Prideaux Place. This will take you to a parking area inside the grounds, with level access. 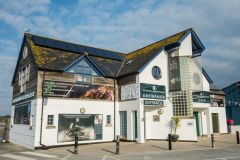 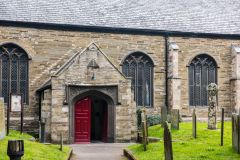 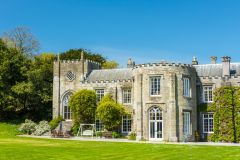 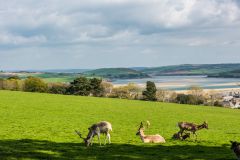 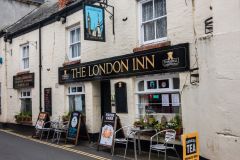 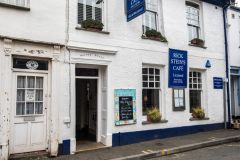 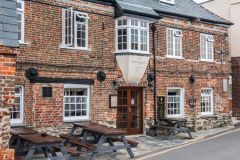 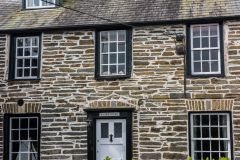 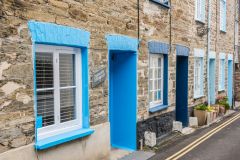 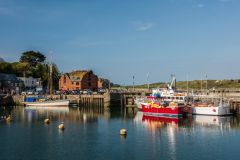 More self catering near Padstow >>

More bed and breakfasts near Padstow >>


The monarch's name was William