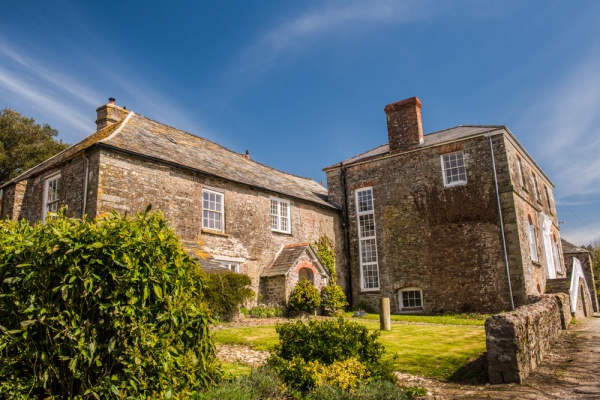 A small settlement in the lovely wooded countryside east of Bude in northern Cornwall. Though the name 'Launcells' is applied to the area, there is no Launcells village. There was a church here in the time of the Domesday Book, when the manor, now disappeared, was held by the Earl of Cornwall.

There are two reasons to explore Launcells; the medieval church of St Swithin's and the nearby holy well, also dedicated to the same saint. 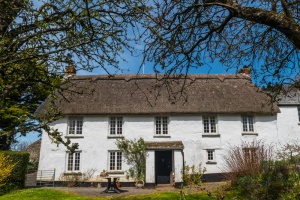 The current building, dedicated to St Swithin, was built in the early 14th century and is delightfully unrestored. There is a lovely collection of carved bench ends within the church and 15th-century tiles. The font is Norman, carved with a traditional cable design. We do know that by the 13th century the church here was administered by the Augustinian abbey in Hartland. The dedication was originally to St Andrew but in 1321 it was rededicated to St Swithin.

There are 15th-century wagon roofs over both the aisles and the chancel is paved with encaustic tiles of a similar date. The real highlight is the collection of beautifully carved bench ends, also created in the 15th century. The bench ends have been called the finest in Cornwall, which is high praise indeed. On the west wall is a 16th-century painting depicting Adam and Isaac.

Beside the churchyard is Launcells Barton manor house, dating in part to the 14th century. The first building here was home to Augustinian monks from Hartland Abbey and the house retains some original barrel ceilings and a medieval doorway.

The newest section of the house is Georgian, designed by Sir John Call, who served as High Sheriff of Cornwall. Beside the manor house, above the churchyard, is a beautiful thatched cottage. The manor house now serves as a wedding venue and is not open to the public, but a public footpath leads directly past the front of the house, so you can get a good look at the historic building as you walk to the church.

Near the church in quiet woods is a small holy well, known, for obvious reasons, as St Swithin's in the Dell. The well is thought to predate the church, which begs the question of whether the church was built in a place that was already considered sacred. A local tradition says that the monks of Hartland Abbey can be heard chanting by the well.

Tradition also says that water from the well can heal sore eyes and that the well has never run dry. A small stone well head with a sloping roof protects the water source, and an iron grate stops anyone falling in.

The holy well is directly beside the parking area for St Swithin's church, which is well signposted off the A3072 south-east of Stratton. 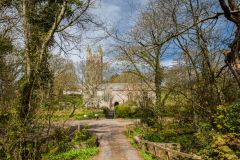 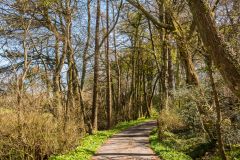 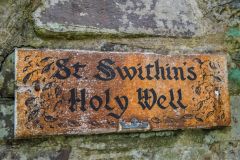 More self catering near Launcells Barton >>

She was beseiged by King Stephen