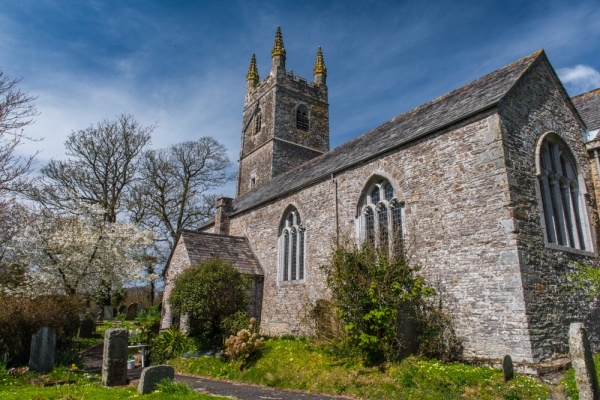 The parish church of St Swithin's in Launcells escaped the restoring clutches of the Victorians, prompting Sir John Betjeman to famously call it the 'least spoilt church in Cornwall'.

The first church at Launcells was erected in the late Saxon or early Norman period, for the Domesday Book of 1086 mentions a church. In the early 12th century the church was granted to the Abbey of Hartland in Devon. The first recorded vicar was Hugo de Moltone in 1261. The original dedication was to St Andrew, but in 1321 it was rededicated to St Swithin.

The present church building dates to the late 15th century, with fragments of an earlier 14th-century church - notably the south doorway - incorporated in the current building. The south porch protecting the door was added in the late 15th or early 16th century.

The interior is famous for its carved bench ends. There are about 60 of these, with designs including symbols of the Passion of Christ, the Ascension, the Agnus Dei (Lamb of God), and the arms of the local Grenville family.

Another interesting feature of the interior is the lovely 15th-century wagon roof of the north and south aisles. There are a number of Georgian box pews against the north wall, and a very large and striking sculpted royal coat of arms to Charles II, crafted by Michael Chuke (see Kilkhampton).

In the chancel is a huge collection of encaustic Barnstaple tiles, dated to about 1400. These were protected in vaults beneath the floor for many years, and as a result, many retain their original glazing. The tiles depict a variety of subjects, including pelicans, lions, gryphons, and floral designs. At the south-east end of the church is the effigy tomb of Sir John Charmond (d. 1624). 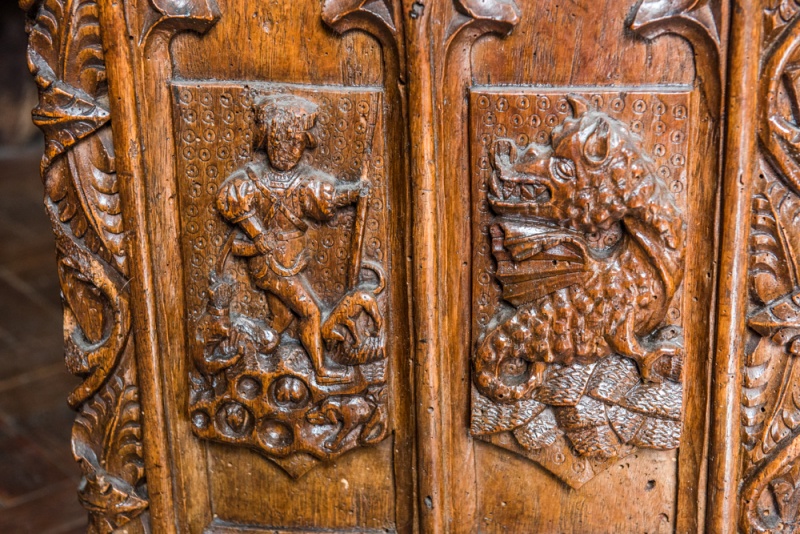 The font is Norman and is probably one of the earliest in Cornwall. The pulpit is Georgian, in Gothic style. The reredos is a stunning piece of marble sculpture, inscribed with the text of the Ten Commandments and the Communion service. It was given by the architect employed to extend Launcells House from 1765-1775. The reredos was his gift of thanks that construction was finished without any accidents.

On the west wall is a medieval wall painting, now rather worn, but you can easily make out figures of Abraham sacrificing Isaac. The figures are dressed in Tudor style, and help date the painting. Above the figures, you can see angels flying above a ram caught in a thicket.

On the south wall are more faded paintings, and you can see a painted inscription on the north wall commemorating the famous letter of thanks written by Charles I in 1643 to the people of Cornwall.

Six bells hang in the tower. The earliest four were cast in 1751. Records show that the same team of bell-ringers who rang to celebrate George III's accession to the throne in 1760 also rang at his Jubilee 50 years later, and three of them lived long enough to ring and George IV's accession in 1820.

In the belfry is a gravestone removed from the churchyard, inscribed with a rather unusual epitaph:

Life is an Inn; think man this truth upon;
Some only to breakfast and are quickly gone;
Others to dinner stay and are full fed;
The oldest man but sups and goes to bed.
Large is his debt who lingers out his day;
Who goes the soonest has the least to pay.

In the churchyard, quite close to the south porch, is the grave of Sir Goldsworthy Gurney (d. 1875). Gurney was known as 'The Forgotten Genius' of Cornwall. An architect, inventor, and engineer, he devised a method of building without foundations, which he used successfully to build his own house of Bude Castle. He also invented the Bude Light, a brilliant illumination used extensively for lighthouses.

A few steps from the churchyard is an ancient holy well attributed to St Swithin. The well is protected by an iron grate, but you can easily look inside the old wellhead. 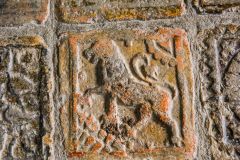