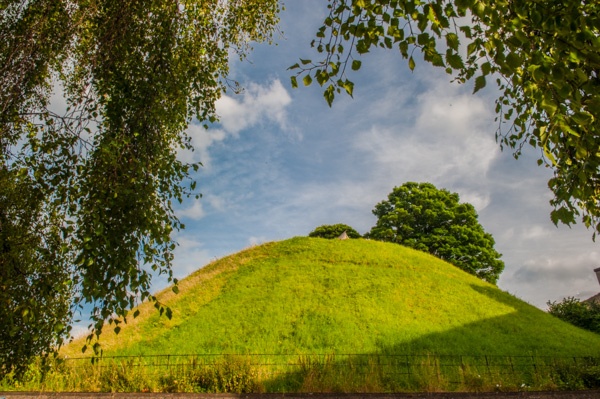 When William the Conqueror took control of England after his victory at the Battle of Hastings Oxford was already a prosperous Saxon burgh, or walled town. William built a castle mound within the Saxon walls in 1071. The castle was a royal possession in name, but early Norman monarchs preferred nearby Beaumont Castle, so they left Oxford Castle in the care of hereditary constables drawn from the D'Oyly (or D'Oilly) family.

The initial castle was simply an earthwork mound, or motte, which would have been surmounted by a wooden palisade. The motte rises over 60 feet (roughly 20 metres). Within a few years, constable Robert d'Oilly built the first stone fortifications, including a stone keep atop the mound. The keep is gone, but set into the earth beneath the top of the motte is a later 13th century well chamber. 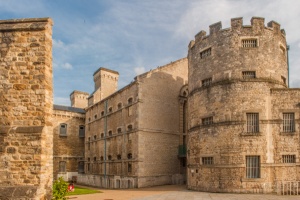 The prison at Oxford Castle

D'Oilly founded a chapel here in 1074, dedicated to St George, administered by a college of canons. This is the first collegiate church founded in an English castle. From very early Norman times the canons included scholars within their number, so it is not too much of an exaggeration to suggest that St George's Chapel was the seed from which Oxford University grew.

One of those scholars was Geoffrey of Monmouth, a Welsh monk who in 1136 wrote the stories from which our modern legend of King Arthur grew. Only a few columns of the chapel undercroft have survived (rather dramatically renamed The Crypt).

The most dramatic moment in the military history of Oxford Castle came in 1142, at the height of the Civil War between King Stephen and Queen Maud. Maud's army was besieged within the castle, and it seemed that surrender must be imminent. But in a scene that would grace a cinema drama, Maud was lowered over the castle walls in the dead of night, and wrapped in a white cloak as camouflage against the swirling snow, she crept through the king's army camp and across the frozen Thames to safety.

The only other siege in the castle's long history came in 1216 when King John's rebellious barons held the castle against the king. King John forced to defenders to surrender, but his death later that year rendered the triumph meaningless. 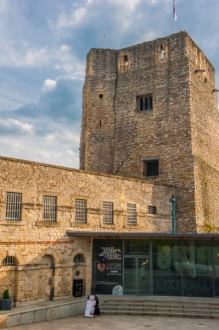 Most of the castle defences were slighted by Parliament after the Civil War - that is, rendered useless for military purposes. The only part of the medieval stone fortress to remain was St George's Tower, one of the earliest parts of the original stone defences.

The slender, tapering shape of the tower makes it unlikely that it was used as a keep. It may have been a detached bell tower, or campanile, for St George's Chapel, attached to the main castle structure, however recent research suggests that the tower formed part of the Saxon city gate, making it one of the oldest surviving buildings in Oxford.

After the Civil War the castle, like many town castles around England, was converted for use as a prison, a purpose it served until 1996. Oxford gained a fearsome reputation as a brutal gaol, particularly under the rule of Marshall William Smith, a 17th century Prison Keeper.

Like many similar prison sites, Oxford Castle is reputed to be haunted, and the castle hosts regular ghost hunts and haunted evening tours. You can learn about some of the real people held in the castle prison, including a notorious highwayman named Isaac Darkin, and Anne Green, who was hanged in 1650, but somehow survived the ordeal.

One of the best surviving features from this period is an 18th-century Debtor's Tower. Parts of the extensive Victorian prison have now been converted into a luxury hotel, and other parts of the prison complex house cafes and restaurants. The historic core of the castle has been preserved and restored, however. Visitors can descend to the crypt and climb a winding path to the top of the Norman castle motte. You can also climb to the top of St George's Tower for excellent views over the city.

The castle doesn't get nearly the attention it deserves; perhaps it is overwhelmed by the surrounding colleges. But it really is worth a visit. You can view the castle motte from the nearby road, but to see the Saxon tower and the prison, you'll need to buy a ticket at the Oxford Castle Unlocked visitor centre off New Road. 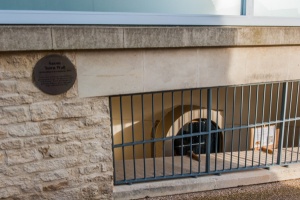 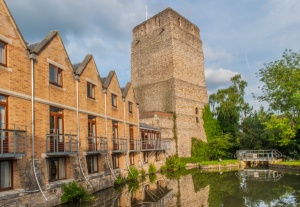 St George's Tower from the rear (and modern flats) 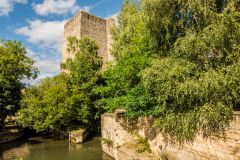 More self catering near Oxford Castle >> 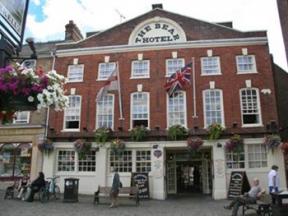 Overlooking the historic market place of Wantage in Oxfordshire since the 16th century, The Bear Hotel has always been a staging point for weary travelers and today provides the perfect …