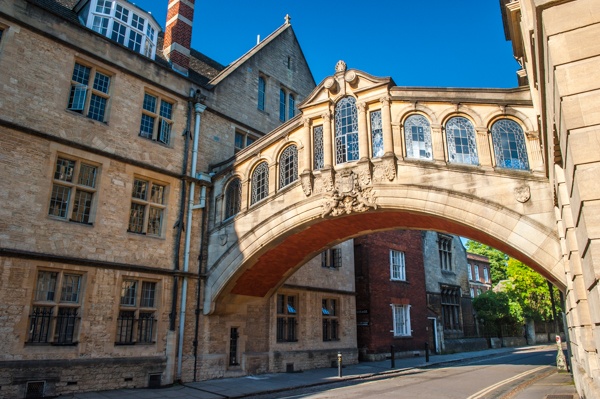 Hertford college can lay claim to being one of the oldest Oxford colleges. It was first established in the late 13th century, though much of the current architecture is the product of the late 19th and early 20th centuries. 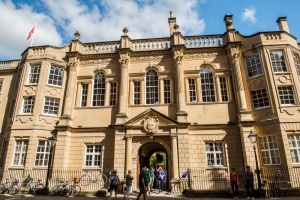 Around 1282 Elias de Hertford established Hart Hall on a site on Catte Street, opposite the current Bodleian Library. Hart Hall was a residence for students but not a fully-fledged college. It was not until the 18th century that an ambitious Principal of the Hall attempted to have the Hall become a college, but the scheme floundered due to poor funding. Hart Hall was dissolved, and the buildings taken over by Magdalen Hall.

Hart Hall was rescued from its decline by a wealthy benefactor, Sir Thomas Baring, who provided the funds necessary to re-establish it as Hertford College by an Act of Parliament in 1874.

The college is laid out over three small quads, Old, New, and Holywell. Unusually, Old and New Quads are separated by a street, in this case New College Lane. The quads are joined by a pedestrian bridge which has come to be one of the most famous sights of Oxford; Hertford Bridge, spanning New College Lane in a short arc.

The bridge, and much of the current architecture of Hertford College, was built to the design of Sir Thomas Jackson. Hertford Bridge is often referred to as the "Bridge of Sighs" because of its similarity to the famous bridge of that name in Venice. A similar Bridge of Sighs exists at Cambridge University.

Hertford has had a strong connection with the arts over the years, and one of its prized possessions is a signed copy of Leviathan, by Thomas Hobbes, who composed the volume while a student of Magdalen Hall. The book is held in the Old Library. 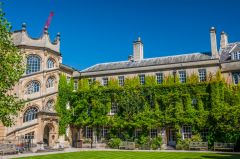 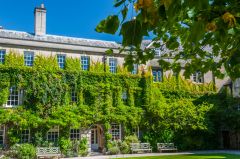 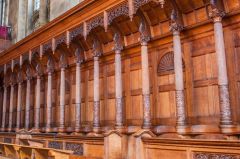 More self catering near Hertford College