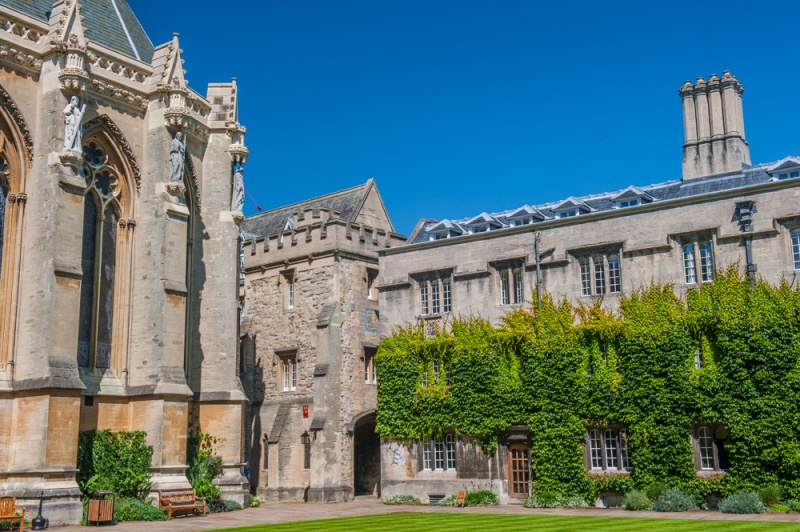 Exeter College was founded in 1314, and it still occupies its original site, making it the fourth oldest college in Oxford. The college's name comes from its founder, Walter de Stapeldon, who was Bishop of Exeter and Treasurer of England under Edward II. 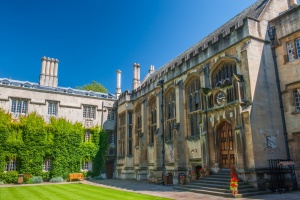 Stapeldon's intention was to create an educated clergy for his diocese, and for the first few centuries of its existence, Exeter College drew most of its students from the southwest of England, where Stapledon was born. Exeter was a poor college, with just 12-14 fellows under a rector and chaplain. All the fellows were in holy orders.

The fortunes of Exeter College changed in the 16th century when Sir William Petre, a former student, bequeathed it new property. Petre's daughter was Dorothy Wadham, founder of Wadham College.

A new hall was built in 1618, and the remainder of the present quadrangle was completed in stages by 1710. A new dining hall was built after a bequest from Sir John Acland in 1620.

Like the rest of Oxford University, Exeter College underwent a decline in the 18th century - both in terms of scholarship and membership, but the university reforms of the Victorian period reversed this trend, and Exeter regained its reputation for academics.

Two of the best-known graduates of Exeter College during this period were the Pre-Raphaelites William Morris and Edward Burne-Jones. Artistic works by both men are exhibited in the Morris Room and Chapel. 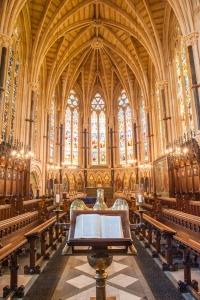 The chapel was built in 1623 and pulled down in 1856 to make way for a new building designed by Sir George Gilbert Scott in imitation of the Sainte-Chappelle in Paris. Scott's new chapel was a reflection of the values of the Oxford Movement and favoured a High Church approach based on Decorated Gothic style.

Twentieth-century graduates of note include athlete Sir Roger Bannister and authors Martin Amis and J.R.R. Tolkien. Look for a bust of Tolkein by the chapel entrance. Exeter was also the first of the former all-male colleges to admit women.

The college was the inspiration for author Philip Pullman's Jordan College in his popular trilogy 'His Dark Materials'. The college was used as a setting for the film adaptation of the first book in the series, 'The Golden Compass'.

The earliest surviving part of the medieval college is Palmer's Tower, in the Front Quadrangle. Built in 1432, the Tower has a memorial to college members killed in WWI at ground level. On one side of the Front Quad is the college chapel, and opposite the chapel is the Hall, built in 1618. A passage from Front Quad leads to the Fellow's Garden, also designed by Scott, in the style of a medieval garden space. At one side of the garden is a viewing mound which looks over Radcliffe Square.

The general public is usually allowed to visit Exeter College most afternoons unless special events are taking place. There is no charge to visit. Just use the main entrance on Turl Street. 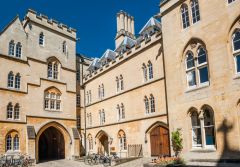 More self catering near Exeter College