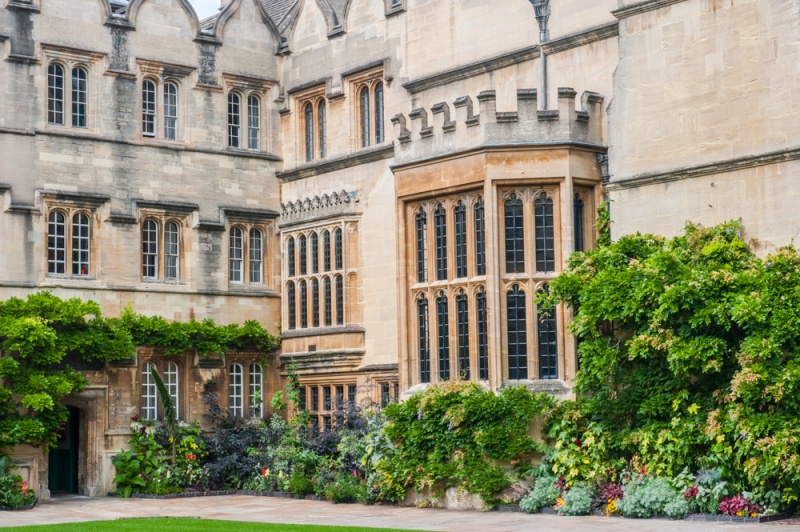 Jesus College is unique in that it is the only college at Oxford University to date from the reign of Elizabeth I. The college received its charter on 27 June 1571 and is officially known as 'Jesus College in the University of Oxford of Queen Elizabeth's Foundation'. 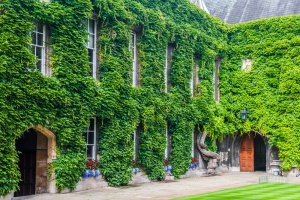 Jesus College actually replaced an earlier academic hall, known as White Hall, which had been established on the spot since the 13th century and closed in 1570.

As with many of the early Oxford University colleges, Jesus College was intended as a training institution for clergymen. The building work may have been financed by a wealthy churchman, Hugh Price (or Aprice), an Oxford graduate.

Price was allowed to exercise almost dictatorial control over the college in exchange for a promised endowment of lands and money. When Price died in 1574 it was found that "his" property was only leased and his estate was far less valuable than he had led other founding members to believe. His estate provided just £600 to the College coffers.

Aprice was one of 8 founding fellows, though the most active. In 1589 Elizabeth I granted a second charter, establishing a board of 13 commissioners. One of these was Bishop Westfalling of Hereford, who gave a welcome gift of two farms in 1603. One of the farms remained a possession of Jesus College until 2009.

Principal Francis Mansell (1630-49) built the Second Quadrangle with new residences to attract the sons of Welsh gentry families. A later Principal was Sir Leoline Jenkins, who went on to serve as Secretary of State.

When Jenkins died in 1685 he left a large number of farms and money to support 16 scholarships. He also left his library of classical texts and law manuscripts. A portrait of Jenkins hangs in the Hall, behind the High Table. Near it is a portrait of Elizabeth I given in 1687 by James Jeffreys, brother of the infamous Judge Jeffreys.

Jesus College has the reputation of being the major "Welsh" college at Oxford, and certainly a large number of Welsh students have passed through its portals, though nothing in its charter indicates that this was its intended role. All of the early servants at Jesus were also Welsh. 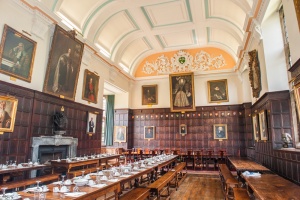 Most of the buildings that make up Jesus College date from the 17th century, though several were remodelled in the Victorian period.

One of the most famous students of Jesus College was Major TE Lawrence, better known as Lawrence of Arabia. Lawrence took a first-class degree in history (1907) followed by a trek through Lebanon and Syria to investigate Crusader castles and compare them with French castles. His exposure to the Middle East would lead him to his more famous role with the army during WWI.

Jesus College is bounded by Cornmarket, Ship street, Market Street, and Turl street, where the main college entrance is. The Turl Street frontage is Elizabethan, refaced in the 1850s. There are three quads; First, Second, and Third.

The majority of the buildings in the First and Second Quads date to the 17th century. In the Second Quad is the Fellow's Library, built in 1676 and retaining its Carolean bookcases and furniture. Around the Quad are residential staircases built between 1639-1713.

The Chapel was built in 1621 and extended in 1636. It features a barrel-vaulted roof, and a Jacobean pulpit and screen, but the remainder is Victorian, the result of restoration by GE Street in 1864. Look for the arms of Sir Leoline Jenkins (d.1685) on the screen.

Jesus College is usually open for several hours each afternoon, and there is a small entrance fee. The First quad, Second quad, and Chapel are open to visitors. 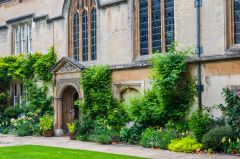 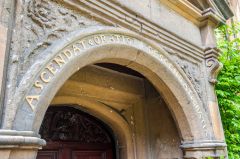 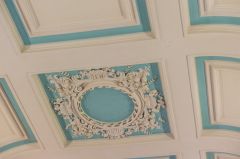 More self catering near Jesus College