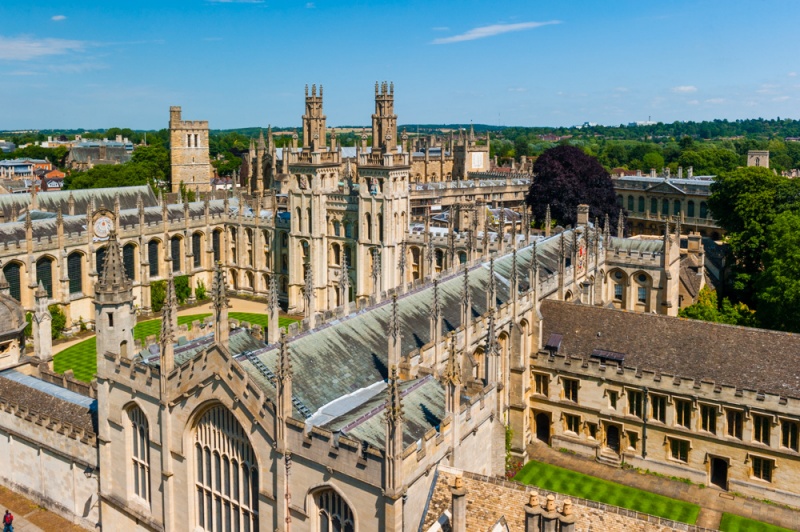 All Soul's College was founded in 1437 by Henry Chichele, Archbishop of Canterbury, to serve as a memorial to Henry V and the English dead in the Hundred Years War. The Front Quad appears virtually unchanged since it was first built in the years 1438-1343, thanks to a sympathetic Victorian restoration.

The Chapel at All Soul's was modelled after that of New College, where Chichele was a Member. It has a superb hammer-beam roof, excellent medieval stained glass, and a large number of original stalls. If you look closely at the niches in the restored reredos you can see traces of the original medieval paint.

There is a legend that when All Soul's was being built, Chichele had a dream in which a mallard duck flew out of an old drain on the site. When the event occurred in real life, a new Oxford tradition was born; in the first year of each new century a procession of Fellows carrying a dead duck on a pole progress around the college, singing and drinking, and carrying a "Lord Mallard" in a sedan chair. The mallard is also remembered in song each year at the college reunion dinner.

Thanks to a legacy from a former Fellow who made his fortune in the West Indies sugar trade, All Soul's made plans for a new quad in the early 18th century. The result, by Nicholas Hawksmoor, is one of the most successful examples of Oxford University architecture.

Hawksmoor conceived a plan in which the exterior of the quad was Gothic in nature, to blend with the old chapel, but classical on the interior. Hawksmoor's triumph can perhaps be best appreciated from above - the view from the top of St Mary's church is quite breathtaking.

Look for the sundial on the side of the Library. It was probably designed by Christopher Wren during his time as a bursar at All Soul's. 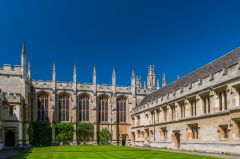 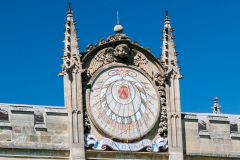 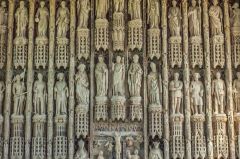 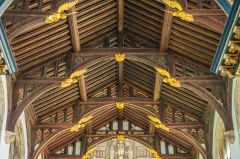 Nearest Accommodation to All Soul's College:

More self catering near All Soul's College

More Hotels near All Soul's College

More bed and breakfasts near All Soul's College