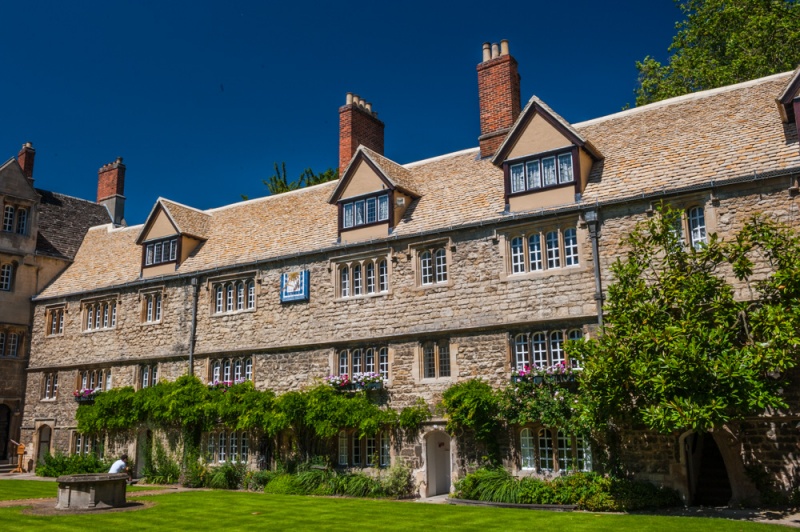 St Edmund Hall is one of the smallest of Oxford's colleges, and the only one to be named a 'Hall' rather than a 'College'. It was established as an Aularian house; a residential hall rather than a collegiate foundation. It only became a fully-fledged college in 1957.

The first written records of the Hall comes from 1317, which suggests that it was founded much earlier. The Hall is dedicated to St Edmund of Abingdon. Unlike many dedications, this one has a direct connection to the college, for Edmund is known to have taught in a building on this site in the 1190s, long before he became Archbishop of Canterbury.

With his lecture fees, St Edmund established a chapel, thought to be the Lady Chapel of St Peter-in-the-East church. The Hall stands to the south of the churchyard, and is thought to stand on the site of St Edmund's house. The date 1246 is sometimes given for the Hall's foundation, but this is, in fact, the date when St Edmund was canonised.

St Edmund Hall served as a residence for undergraduates, rather than a fully-fledged college. Thus, it has no official founder and had no endowments or set of statutes like other colleges. The site was owned by a succession of church officials, and from 1272 until the Dissolution of the Monasteries it was owned by Oseney Abbey. The abbey later purchased a neighbouring plot of land from Magdalen College and extended the site.

During the 14th century, St Edmund Hall was a centre for followers of John Wycliffe, the religious reformer often associated with the Lollard movement. One college Principal, William Taylor, was burned at the stake as a heretic for espousing Wycliffe's religious views. Another Principal, Peter Payne, had to flee abroad.

The Hall remained a hotbed of rebellious thinking in the late 17th and early 18th centuries, when several members supported the Jacobite cause and refused to take an oath of loyalty to the Hanoverian monarchs.

Until the 17th century the only money raised by the Hall were the fees paid by resident students. It was not until 1631 that the Hall began to receive gifts of money and benefactions from donors. 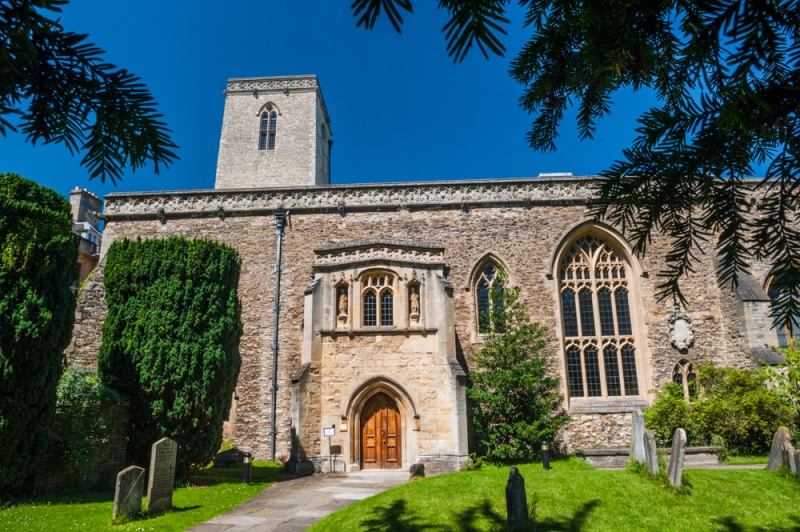 The library, formerly the church of St Peter-in-the-East

The Hall consists of a front quad entered by a porter's lodge on Queen's Lane. In the quad is the Old Dining Hall, dating to 1659, and the buttery, which contains a 14th-century fireplace. On another side is the chapel with the 17th-century library above. In the chapel is a stained glass window by William Morris, thought to be one his earliest works.

In the centre of the quad is a medieval well, thought to be the very well used by St Edmund himself. On the modern wellhead is a Latin phrase which translates as 'with joy, draw water from the wells of salvation', the words uttered by St Edmund on his deathbed.

To the north passages lead to the gardens, which once served as the graveyard of St Peter-in-the-East church. Old gravestones have been used to pave the garden pathways. In the garden is a sculpture of St Edmund in the guise of a poor student.

St Peter's church stands at the far end of the garden. The church is 12th century, and the exterior is decorated with a superb frieze of grotesque carvings (erroneously called gargoyles). A set of steps lead down to a crypt under the church, which stands on much earlier Saxon foundations. St Peter's was declared redundant in the 1970s and became the Hall's library. Unfortunately, this means it is not open to visitors.

Oxford students love to use slang, so it is not surprising that St Edmund's is frequently called 'Teddy Hall'.

The Hall is usually open to visitors daily, free of charge. 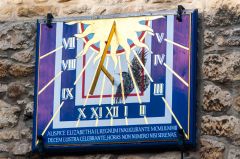 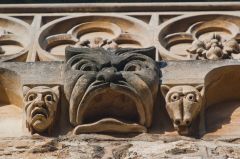 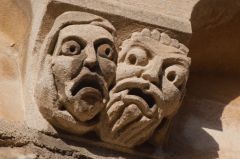