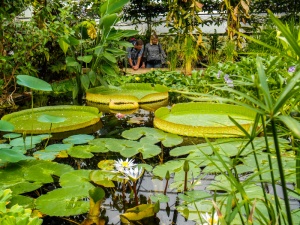 The Oxford Botanic Gardens began life as the Physic Gardens. It was founded in 1621 by Henry Danvers, later Earl of Danby, for the study of medicinal plants. Because of its avowed medical purpose, the garden was originally under the auspices of the Faculty of Medicine.

The Physic Garden cost the enormous sum of £5000 when it was first built on the site of the former medieval Jewish cemetery. Much of that sum went on the walls which enclosed the original garden, and comparatively little was left for plants! Wood from the pear trees planted by Henry Danvers was later used to make the chair of the Professor of Botany.

One of the Botanic Garden's triumphs is the Oxford ragwort, first propagated here from seeds originating on Mt. Etna. The plant is now common throughout England. 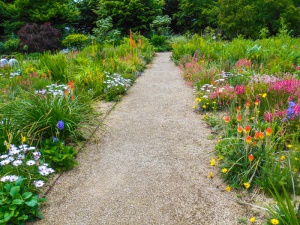 A colourful garden path in summer

The Botanic Gardens are the oldest botanic garden in Britain. Aside from the original beds of herbs and medicinal plants the gardens now sport a series of glasshouses devoted to Tropical Lilies, Arid zone plants, and Palms. Herbaceous borders, a rock garden, and bog garden complete this peaceful enclave on the banks of the Cherwell.

The gardens have undergone an extensive program of renovation and improvements over the past several years, and remain a wonderfully peaceful corner of Oxford, and a popular destination for locals and tourists alike. 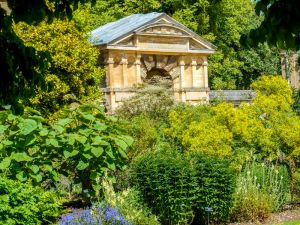 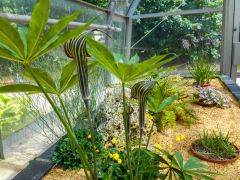 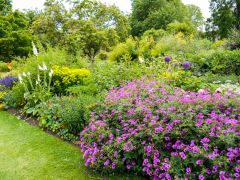 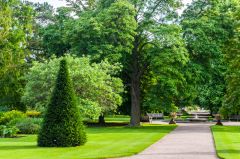 More self catering near Botanic Gardens