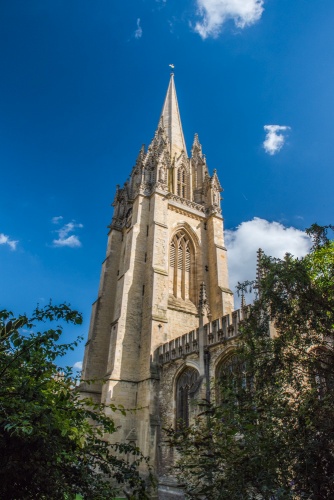 St Mary the Virgin, on High Street, holds a special place in the history of Oxford University. It was here that the first library of the university was established, and legend has it that the first gatherings of Masters and students were held here as early as the 12th century.

More dramatically, St. Mary's was the site of the trial of the "Oxford Martyrs", when Bishops Latimer and Ridley, and Archbishop Cranmer, were tried for heresy in 1555. One of the nave pillars has a notch cut into the stone. This was cut to support a wooden platform during the bishop's trial. 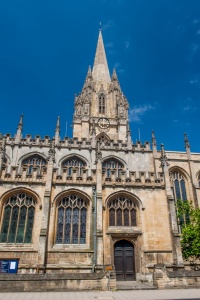 The church from
Radcliffe Square

Also in the nave is the carved wooden pulpit, a fairly unremarkable structure, but one with important historical connections, for it was from this pulpit in 1833 that John Keble gave a sermon that was to launch the Tractarian movement, otherwise known as the Oxford Movement.

The church, at the meeting of High Street and Catte Street, forms one side of Radcliffe Square, facing the domed Radcliffe Camera. The most notable feature of St. Mary the Virgin is its spire, which contains elements of the original 13th-century construction. The view from the top of St. Mary the Virgin is superb, and you can look down into the quads of several nearby colleges, notably neighbour All Soul's College.

If you do mount the 127 stairs to the top of the tower you will also be rewarded with a close view of St. Mary's gargoyles, which are some of Oxford's finest (or should that be, most grotesque?).

Entry to the church itself is free, but there is a nominal charge to climb the tower. St. Mary's is open from 0900-1900 during July and August, and until 1700 during the rest of the year. 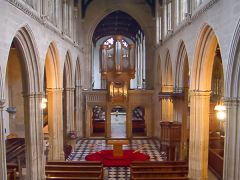 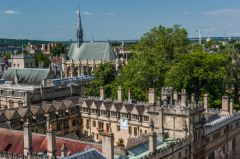 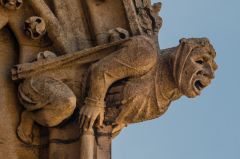 More self catering near St. Mary the Virgin

More bed and breakfasts near St. Mary the Virgin