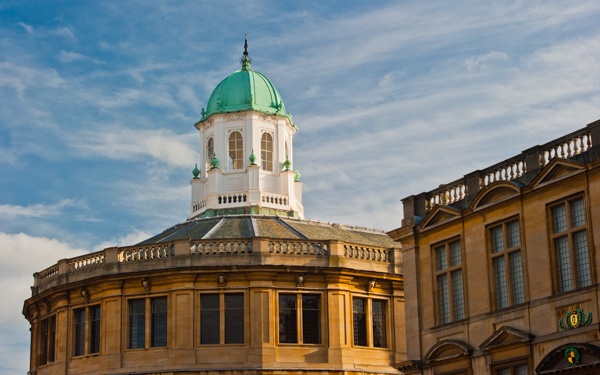 The Sheldonian Theatre from Broad Street

The Sheldonian Theatre (1667) was the first major commission for an aspiring young architect named Christopher Wren. Wren, who was then Professor of Astronomy at Oxford, designed the Sheldonian in imitation of a classical Roman theatre. Despite its name, it is not and never has been a theatre in the usual sense. No plays or other theatrical performances are given here; rather it is a space for University ceremonies and concerts.

The Sheldonian was Wren's first complete architectural commission and made his reputation as a fashionable architect of great talent. The building was commissioned by Gilbert Sheldon, Warden of All Souls College and later Archbishop of Canterbury, who gave the Theatre his name. Sheldon contributed over 14,000 pounds towards the Theatre. Wren himself received just over 6 pounds for his design.

Sheldon's brief to Wren was to create a place for conducting University business as well as for holding ceremonies that had until then been held in the University Church of St Mary the Virgin. It seems that the church trustees had expressed concern about these secular ceremonies, which sometimes got out of hand. They considered the church no place for eating and drinking to excess.

The new theatre also had to provide a home for the Oxford University Press, including its heavy printing presses and a book storage area above the theatre itself. 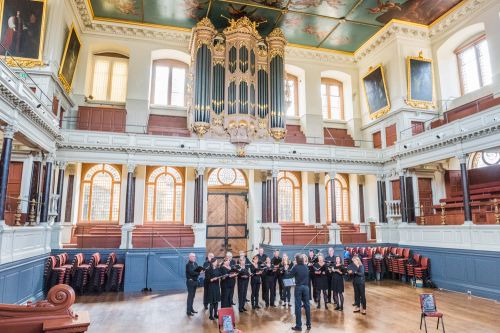 Wren was faced with a problem, however. To provide an unobstructed view of the Theatre floor from all angles he needed to span a huge space. He couldn't add braces top the sides due to the restricted city centre space.

His ingenious solution was to create a complex timber roof structure of interlaced beams and trusses to spread the load, supporting an upper storey high above the theatre floor, with no need for columns.

For many years after it was built the Sheldonian Theatre had the widest unsupported floor in the world and was considered a marvel of architectural engineering at the time. At the top of the building is an octagonal cupola offering unparalleled views over Oxford's 'dreaming spires'.

But more than simply an architectural wonder, the Sheldonian was intended as an expression of Royalist sympathy, and the building exudes Royalist symbolism. The Broad Street facade has a Latin inscription reading,

(Charles II, by the grace of God King of Great Britain, France and Ireland, Defender of the Faith).' 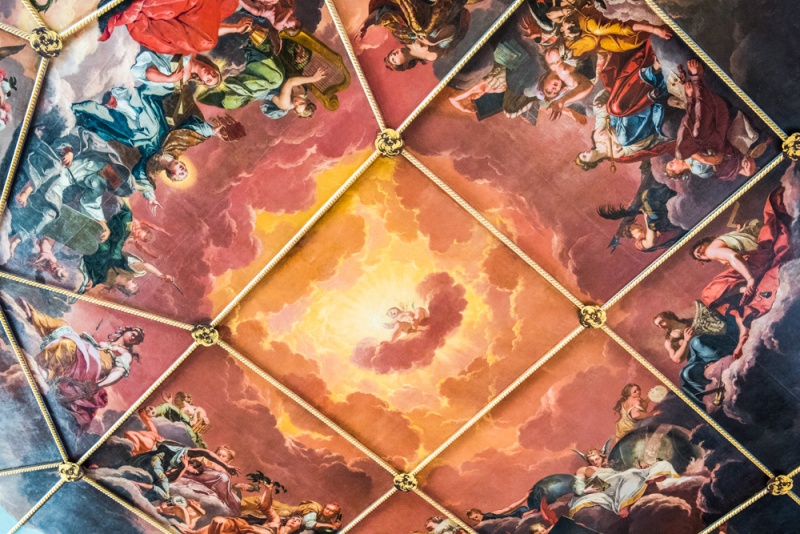 The Royalist sentiment is most obvious in the superb painted ceiling of the theatre, the creation of artist Robert Streater. The composition is entitled 'Truth Descending upon the Arts and Sciences'. Here we see the grotesque figure of Envy, representing the Puritan regicides, being cast out of heaven, while Truth triumphs over Rapine and Ignorance.

It is a work redolent of symbolism. Streater must have known that the Theatre would house the University Press, for his ceiling includes the figure of 'Printing' among its cherubs and mythical figures.

The rear of the Sheldonian projects north into Broad Street, creating a semi-circular obstruction to pedestrians on the sidewalk. This unfortunate projection has been likened to the stern of a ship, which is perhaps unkind.

Around the perimeter of that semi-circle is an iron railing, interspersed with stone columns supporting classical busts. There are 13 busts marking the Sheldonian's boundary and another 4 in front of the neighbouring Museum of the History of Science.

Though they are usually referred to as The Emperor Heads, they are not, in fact, likenesses of Roman Emperors, but symbolic busts known as 'herms'. The idea that they represented Emperors was introduced by Max Beerbohm in his novel 'Zuleika Dobson'.

The heads we see today are the third set. The originals decayed over the course of 200 years and were replaced in 1868. In an unfortunate prank University undergraduates painted the heads, so they had to be cleaned. The cleaning was so harsh that the heads decayed again, and were replaced in 1970 by sculptor Michael Black, using an old engraving. 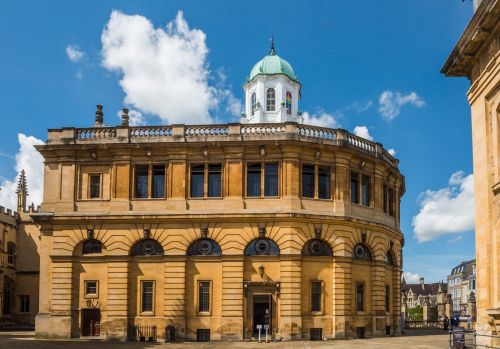 During the late 17th century the Sheldonian saw service as the University printing press, but its main use now is as the location of the annual Encaenia ceremony, when ceremonial University degrees are conferred.

Throughout the remainder of the year the Sheldonian is used for lectures or concert performances. Among the famous artists to give concerts here was George Frideric Handel, who conducted the first performance of his oratorio 'Athalia' here in 1733. In 1849 Jenny Lind, the opera singer dubbed 'The Swedish Nightingale', performed at the Sheldonian.

Visitors may climb to the cupola for impressive views of the city centre.

Located at the eastern end of Broad Street, beside the Clarendon Building and the Bodleian Library. 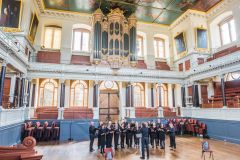 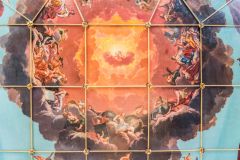 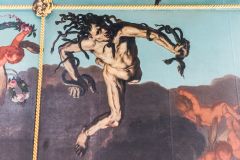 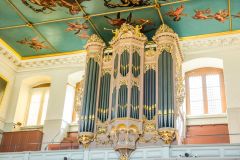 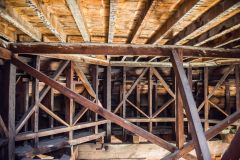 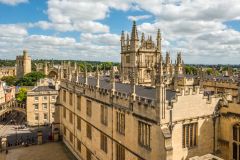 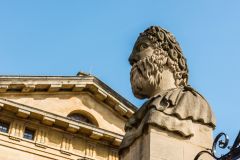