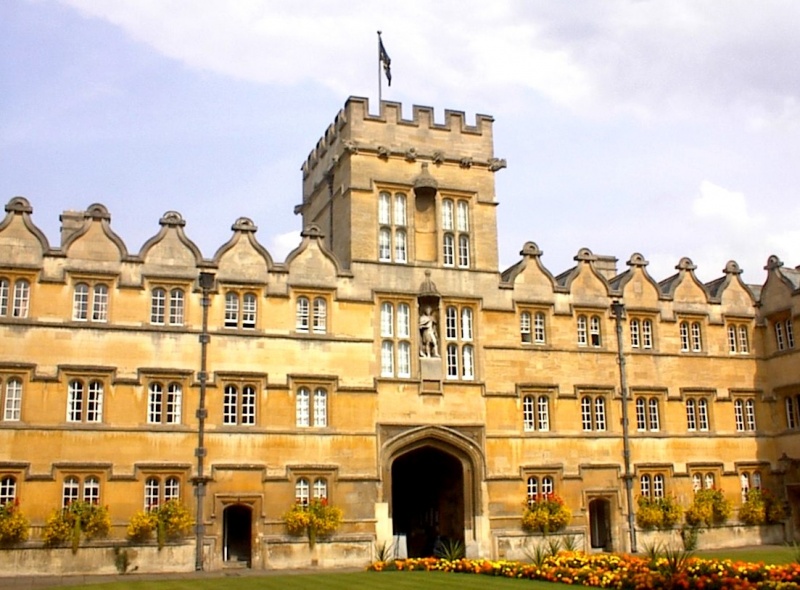 Which is the oldest of the colleges that make up Oxford University? Well, that all depends on the date you use to mark the founding of the college. If the date that money was first bequeathed to provide for a college is used, then University College can make a good claim to be the oldest. 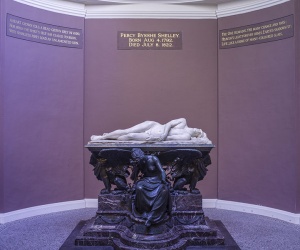 William of Durham gave the grand sum of 310 marks to provide for a dozen or so "needy Masters of Arts" in 1249. Before this time students lived with Masters in academic halls or houses. The University acquired land for buildings on the site of what is now Brasenose College in 1253.

In 1280 it was discovered that the initial bequest had been used dubiously by the trustees, so statutes were drawn up to regulate its dispersal.

New buildings were acquired in 1332 on High Street, and the college left its original site. The college has existed on its High Street location ever since, though with expansions and addition of new property.

University College remained a poor cousin to the better endowed Morton and New Colleges; for much of the first 2 centuries of its existence no more than 5 or 6 students graced its halls.

The college suffered still further when it was denounced for supporting the Lollard heresy, and in 1411 the entire society was excommunicated for a short time. By the mid-14th century, however, the college's fortunes were reversed with new donations and bequests.

The new Front Quad was the product of fresh donations in the 16th century, but building progressed so slowly that when the English Civil War broke out in 1642, only the north and west ranges were complete, and the hall had no roof.

The Civil War was a time of trouble for the college; student enrollment fell off to nothing, and when the conflict ended, the royalist Master and Fellows were all expelled, to be replaced with Parliamentarians. Curiously, the same Master, Thomas Walker, was reinstated when the Commonwealth ended in 1660.

Later, University College became notorious as a Catholic enclave under the influence of Obediah Walker, who celebrated Mass in his lodgings and then established a Catholic Chapel in Front Quad. When James II fled before the Protestant William and Mary, Obediah was dismissed and the chapel died.

University College makes much of its alleged connections with King Alfred, who was said to have founded the college in the 9th century. Though that claim was later dismissed in a court of law, the coat of arms of the college contains emblems thought to be associated with Alfred and the kingdom of Wessex.

Radcliffe Quad, the result of a donation by Dr John Radcliffe, physician to Queen Anne, is not really a quadrangle at all, being forced by the curvature of High Street to adopt a rhomboid shape with one side open. Look for the superb late Medieval fan vaulting in the Tower of Radcliffe Quad; it marks one of the last times this style was used functionally in Britain.

The chapel at University College contains wonderful Jacobean stained glass, and the Shelley Memorial is a small late-Victorian mausoleum commemorating the poet Percy Shelley, but the best of University College is the hall, with its original hammer-beam roof.

The college is open 'at the discretion of the bursar' (so ask politely!). What it really means in practice is if the bursar deems that your visit won't be disrupting college life too much.

Photo of the Shelley memorial is (c) Godot13, republished with gratitude under a Creative Commons license

More self catering near University College