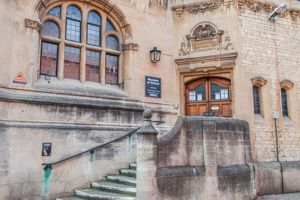 This modern museum covers 2000 years of Oxford history, archaeology, and architecture, including extensive exhibits on the University. Housed in the 19th-century Town Hall building on St Aldates.

In a city of world-class museums, this is only one that tells the story of Oxford itself, its people, heritage, and growth. The museum experience begins with a recreation of the office of Oxford's City engineer, William White, in the year 1897, with the Town Hall first opened.

Visitors can peer into White's desk drawers and see what projects he was working on, and examine plans on his drawing table.

Visitors then move on to the Oxford Gallery, where you can experience a virtual high-speed bicycle tour of Oxford, travelling out from the Town Hall to explore both well-known and unusual aspects of the historic city. Along the way, you will meet characters from the city's past, including a Roman potter working near Headington, and a couple of Oxford's 12th-century Jewish residents whose dwelling stood on the spot now occupied by the museum.

In addition to the permanent displays on Oxford heritage, the Gallery also houses regularly changing exhibits, plus live performances ranging from music to theatre.

The museum is usually open every day except Bank Holidays and is free to enter. 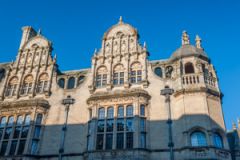 Nearest Accommodation to Museum of Oxford:

More self catering near Museum of Oxford >>

More Hotels near Museum of Oxford >>

More bed and breakfasts near Museum of Oxford >> 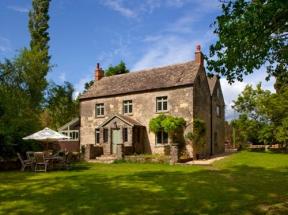