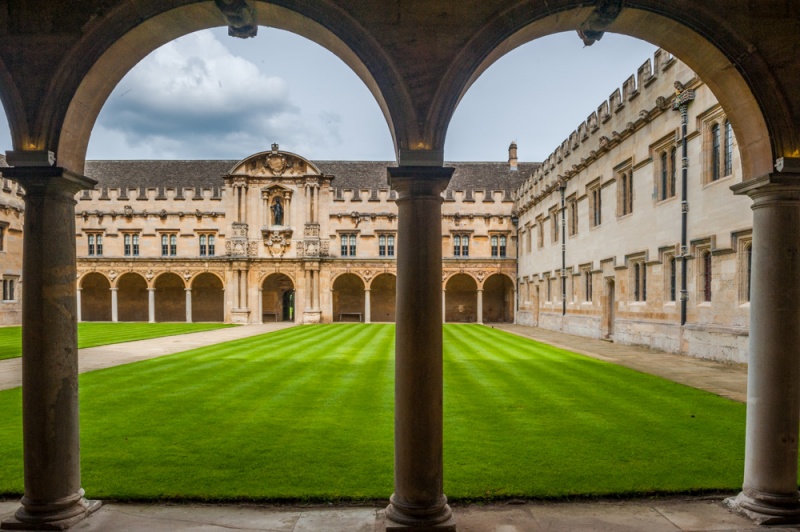 In 1437 Henry Chichele, Archbishop of Canterbury, founded a college dedicated to St Bernard at the southern end of St Giles, the broad roadway leading north from Oxford's city gates. That college, which provided for the education of Cistercian monks, was abolished during the Dissolution of the Monasteries. 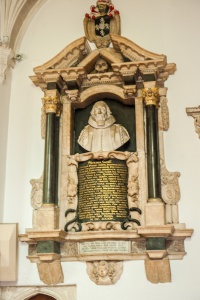 In 1546 Henry VIII gave St Bernard's College to his own foundation of Christ Church. Sir Thomas White, a wealthy Merchant Taylor and former Lord Mayor of London, bought the site from Christ Church and established a new college on the site, dedicated to St John, the patron saint of tailors.

St John's was the first Oxford college to be founded by a merchant. The college opened its doors to members in 1555. For centuries it was closely tied to the Merchant Taylor's Company in London.

As part of its foundation charter, St John's College was given large areas of land outside the medieval city walls. As Oxford expanded over the centuries this land became increasingly valuable, allowing the college to support itself in some style from land rents.

As with most other colleges St John's was initially focussed on producing clergymen, but gradually extended its focus to include law and medicine.

The front quad is ringed by rebuilt remnants of the 15th-century college buildings, along with dormer windows added in the 16th and 17th century.

Canterbury Quad at St John's was built by Archbishop Laud in 1631-1636. Laud served as Chancellor of the University in 1629. On the east and west of the quad are statues of King Charles I and Queen Henrietta Maria, who both resided in Oxford during the dark days of the English Civil War.

In the Library on the south side of the quad are memorabilia associated with the Archbishop and Charles I, along with a collection of medieval manuscripts, Caxton's 1482 illustrated version of The Canterbury Tales, Jane Austen's letters, and James I's prayer book. Unfortunately, the Library is not open to visitors.

The east front of Canterbury Quad looks over the college garden, with carefully landscaped lawns and a popular rock-garden.

The chapel was built to serve St Bernard's College in 1530 and was re-dedicated to St John in 1557. The striking chequerboard floor dates to the late 17th century but most of the remainder is a result of restoration in 1834 save for the eagle lectern, carved in 1773, and silver candlesticks from 1720.

The reredos behind the altar was designed by CE Kempe in 1892, and Kempe is also responsible for the east window, where you can see the figures of Henry Chichele and Sir Thomas White. White and Archbishop Laud are both buried beneath the chapel, as is William Juxon, Archbishop of Canterbury from 1660-1663.

The chapel has an excellent number of historic monuments including a memorial to William Paddy, physician to King James I.

St John's College is usually open afternoons to visitors and is free to enter. 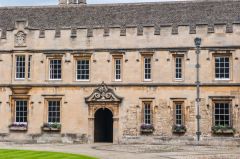 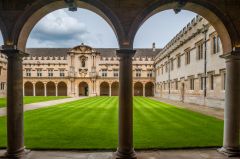 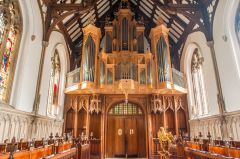