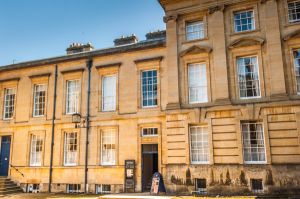 Christ Church Picture Gallery
An important collection of Old Master paintings and drawings, originating with the 1765 bequest of a former college student, and since expanded to its current total of 300 paintings and some 2000 drawings.

General John Guise attended Christ Church College in Oxford, receiving a Bachelor of Arts degree on 20 March 1701. After graduation he embarked on a career in the military, serving under Marlborough in the War of the Spanish Succession. He rose up through the ranks, leading his men in the assault on Carthagena, and serving in Scotland during the Second Jacobite Rebellion of 1745.

Guise died in London on 12 June 1765. Under the terms of his will, he gave his large collection of Old Master paintings and drawings to Christ Church. An amusing tale recounted by Horace Walpole says that the university asked a picture cleaner to restore the paintings. The cleaner, son of a man named Bonus, 'repainted and utterly spoiled them all'.

Thankfully the paintings are most definitely not spoiled, and the Christ Church Picture Gallery is one of the largest and most important collections of Old Master paintings in Britain. 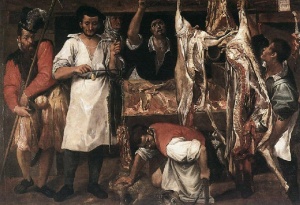 The Butcher Shop, by
Annibale Carracci, 1580

Highlights of the collection include works by Fra Angelico, Frans Hals, Salvator Rosa, Tintoretto, and Anthony van Dyck. Among the drawings are works by Michelangelo, Da Vinci, Raphael, Albrecht Durer, and Peter Paul Rubens. It might be apparent from this list of artists that the collection is focussed on Italian art and artists from the 14th to the 18th century, but there is much more to see.

The original bequest has since been augmented by several other large donations of work, most notably a collection of 18th and 19th-century Russian icons. There are also displays of 18th century English glassware and regular exhibitions of modern art by Oxfordshire painters.

One of the bequests was given by W.H.T. Fox-Strangways, who collected 14th-century Italian art, particularly panel paintings by unknown artists.

All the Old Master paintings are usually on display, but only part of the drawing collection is shown at any one time; the displays change roughly every three months to make sure that the public has a chance to see all the items in the collection over time.

The gallery is set within the enclave of the Dean's Garden, occupying a modern exhibition area within the historic setting of the college quad. There is a small admission charge, and entry to the gallery is from Oriel Square, not the main college entrance. The gallery can also be visited as part of a visit to the whole college, though that is a lot more expensive. There is a regular weekly guided tour, free with admission, or you can browse at your own pace. 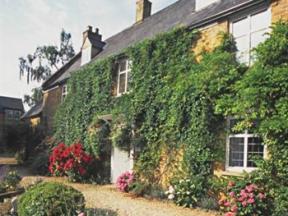 Charming centuries-old farmhouse with fireplaces stone floors and beams on the edge of Banbury set in pretty gardens with private parking. A short walk into town to find a selection …