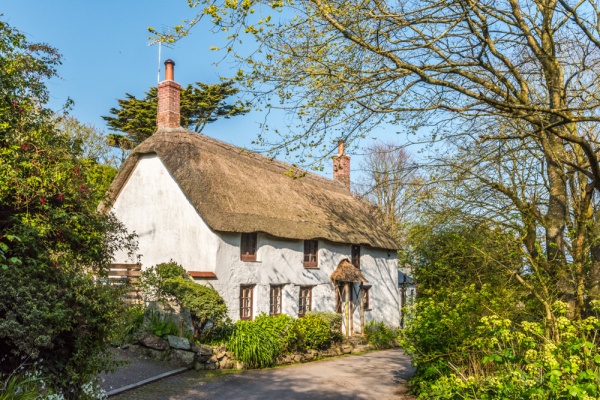 On the eastern edge of Lizard village, on the eponymous Lizard peninsula, lies the ancient parish of Landewednack, the most southerly parish on the British mainland. Landewednack has been largely swallowed up by Lizard village which is now the major settlement in the south of the peninsula.

Lizard Point, the most southerly point on the British mainland, lies within Landewednack parish boundaries. At Lizard Point is the restored signal station used by Marconi for his historic wireless experiments.

The parish is centred on St Wynwallow's Church, established in the 6th century by Gwenole, a follower of St Winwallo, or Winwolaus, the abbot of Landevennec in Brittany.

The church boasts some of the oldest bells in Cornwall, and was the site of the very last sermon preached in the Cornish language in 1670 (other accounts give the date as 1678). Large numbers of parishioners died from the plague in 1645.

From Church Cove Road a footpath leads to a lifeboat station at Kilcobben Cove. 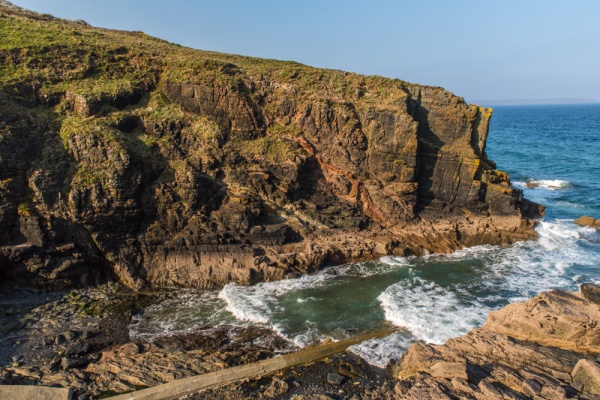 Just off Beacon Terrace, on the edge of Lizard village, is a Methodist Chapel, built in the 1860s and listed Grade II for its historic interest.

On Church Road is Landewednack House built as the rectory in the late 17th century. A short distance to the east is Cove Cottage, a thatched and whitewashed cottage dating to the 17th century.

The area around Lizard Point has a fearsome reputation with sailors, and the Point has seen large numbers of shipwrecks over the centuries. Off the coast of the Lizard are jagged rocks known as The Stags. To counter the threat

The first lighthouse was built on the cliffs overlooking Church Cove in 1619 to a design by Sir John Hilligrew. In 1752 that first building was replaced by the present lighthouse, with two towers using coal fires fed by large coal furnaces. The lighthouse was designed by architect Thomas Fonnereau of Bochym for Trinity House, who still operate it today.

Oil lamps with reflectors replaced the coal furnaces in 1812. There were 27 oil lamps in each tower. In 1878 arc lamps and a fog siren were installed. An engine room was added in 1881, with outbuildings erected in the following year. The twin towers remained in operation until 1903 when a single flashing light was installed in the eastern tower.

Landewednack is a delight to visit. The area around Church Cove is blessed with pretty thatched cottages and the secluded cove is a delight, with far fewer visitors than Lizard Point itself. 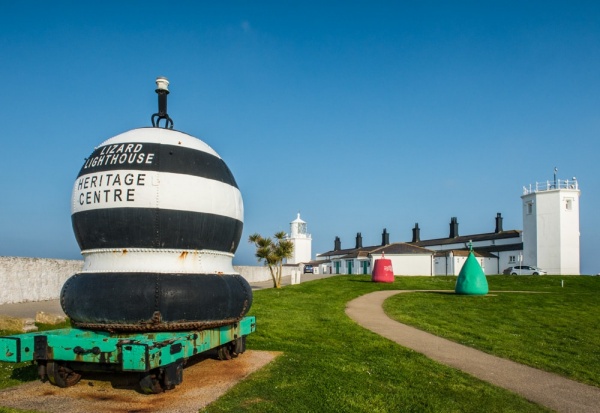 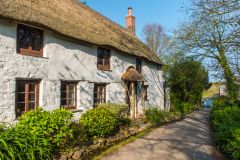 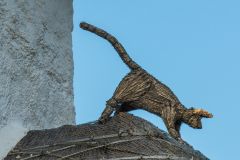 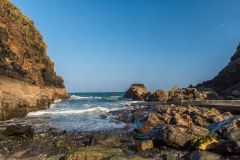 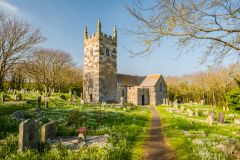 More self catering near Landewednack, Cornwall