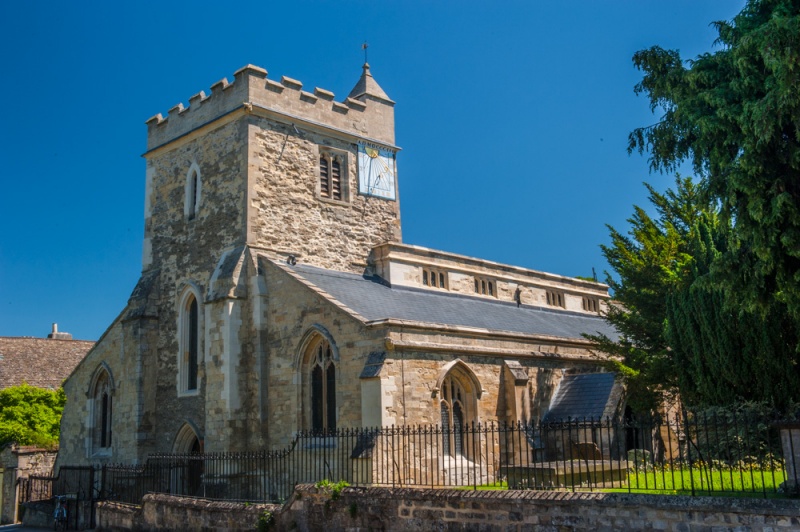 St Cross church is one of the oldest buildings in Oxford, yet one of its least visited. The church is just a few minutes from central Oxford, at the junction of St Cross Road and Manor Road.

We do not know when the first church was built here, but one theory is that it was erected by St Grimwald around AD 890. Grimwald was a French monk invited to England by Alfred the Great. If he built St Cross church it was rebuilt in the late 11th or early 12th century, when it served as a chapel of St Peter-in-the-East (see our article on St Edmund's Hall).

Both churches served the parish of Holywell, which was little more than Holywell Street itself and the small yards leading off it.

The oldest part of the building is the chancel arch, dating to around 1180. The chancel was built around 1200, while the west tower was added in the middle of the 13th century and heightened in 1464. The north aisle and north arcade were rebuilt in the 15th century. The north aisle had to be rebuilt again in 1839, and the south aisle a few years later in 1843. 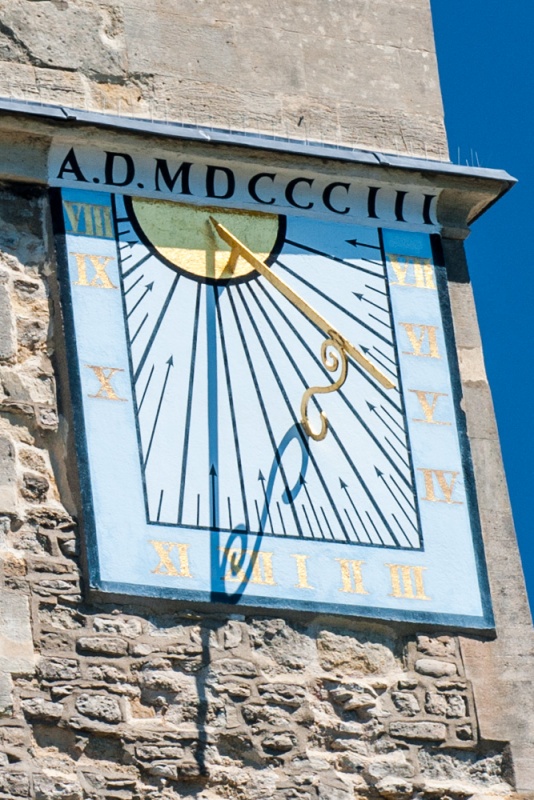 The church was restored in 1893 when new clerestory windows were installed. In 1957 St Peter-in-the-East was declared redundant and was converted to become the library for St Edmund's Hall. St Cross church became the parish church for Holywell, but in 2008 it too closed down.

The College has taken a 999 year lease on the historic building, and while it has converted most of the interior for its archives, the chancel has been preserved for occasional worship. The College also undertook to restore the building's structure, painted ceilings, and stained glass.

St Cross is the third historic church in Oxford to be converted for use as a college library. We mentioned St Peter-in-the-East earlier; the other is All Saints on High Street, used by Lincoln College.

The most interesting historic feature inside the church, except for the chancel arch, is a touching 1622 brass to Elizabeth Franklin, wife of the landlord of the King's Arms pub on Holywell Street. The brass shows Mrs Franklin sitting upright in bed, her hands folded in prayer, with a baby wrapped in swaddling clothes lying on the coverlet.

At the foot of the bed are two more babies, while a fourth lies beside her. The symbolism is clear; she had four children, all of whom died in infancy. She died in childbirth, trying unsuccessfully to give birth to the fourth child.

From her mouth the words, 'Thy will be done' rise up to heaven, and a reply returns in three parts, 'Thy prayere is heard; Receave thy crowne; and 'Thy patience is tri’d'. It is a sobering reminder of just how dangerous childbirth could be and how many mothers and children did not survive. 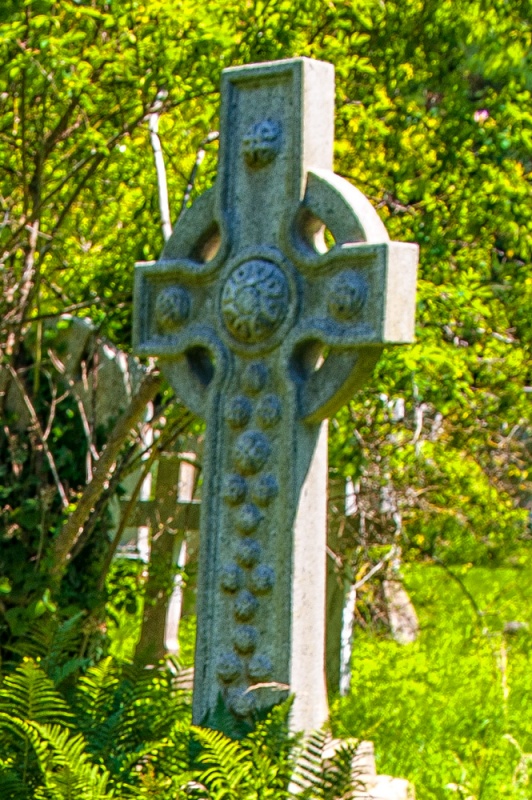 Victorian gravestone in the shape of a Celtic cross

On the wall is a dedication board recording the gift of William Merriman, who left the interest on 10 pounds to be distributed among the poor of the parish annually on Low Sunday.

Behind the church is Holywell Cemetery, which is worth exploring, for it holds the graves of several notable people, including clockmaker John Knibb (d. 1722), who served as Mayor of Oxford on two occasions.

He made bracket clocks, lantern clocks, longcase clocks, and wall clocks, primarily for the lower end of the market but also for wealthy clientele. He also made turret clocks, including the clock at St John's College (1690). He made watches as well as clocks, but only 6 of the watches are thought to have survived.

Since it serves as the Historic Collections Centre for Balliol College the church is not generally open to visitors, except for the annual Heritage Open Days event in September. I still think its well worth the very short stroll along Holywell Street to the church. And if you have a chance, stop at the King's Head pub, have a cold pint, and remember poor Elizabeth Franklin.