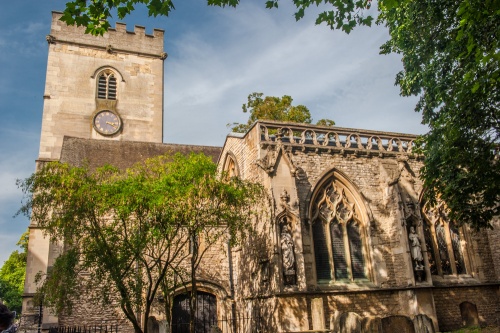 This fascinating historic church stands isolated on a traffic island at the south end of St Giles, near the Martyr's Memorial. The first church was built in the Saxon period and stood just outside the city walls. That timber church was destroyed when Vikings attacked and burned most of Oxford in 1010 and 1013. 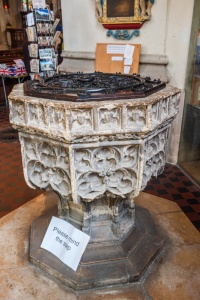 In 1074 the Norman constable of Oxford, Robert d'Oily, founded a new stone chapel on the site as a daughter house of St George's Chapel in Oxford Castle.

This created some problems, as the Abbey of St Frideswide had acted as the patron of the Saxon church. The abbey tried on several occasions to assert their right to the new church, but they were refused. When Oseney Abbey was founded in 1129 it took over both chapels and provided vicars for St Mary Magdalen until the Dissolution of the Monasteries four centuries later.

The church was rebuilt in 1194 by St Hugh, the powerful Bishop of Lincoln. The newly rebuilt church had close ties to both King John and Richard I, both of whom were born at nearby Beaumont Palace (now destroyed). Richard seems to have had a fondness for the church and granted the parishioners the right to use a common seal bearing the crescent and star device that he used during the Third Crusade.

Part of St Hugh's 12th-century building survives in the south aisle, east chancel wall, and St Thomas Becket's altar. In 1320 the Carmelite order established what is now the Lady Chapel, which contains Elizabethan glass in its middle window. In the late 13th-century, Devorguilla de Balliol built an oratory in the south aisle to serve her new foundation, Balliol College. 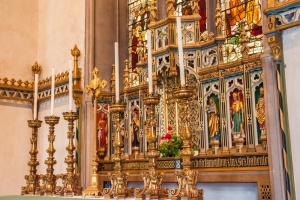 A medieval vicar was John Felton or Haresfelde, who served from 1397-1434. Felton was such a popular preacher that after his death his grave at St Mary Magdalen became a minor place of pilgrimage. A later vicar was the theologian William Tresham (1534-1537) who acted as a commissioner for the trial of the Oxford Martyrs; the Bishops Latimer, Cranmer, and Ridley.

Other historic highlights include the richly decorated font, dating to about 1350. In the south aisle is a 14th-century wooden chest used to store important parish documents. It was damaged in the Civil War by Parliamentarian soldiers held prisoner inside the church following the Battle of Cirencester. The damage was repaired by order of King Charles I, whose Civil War headquarters were in Oxford.

Near the south door is a 16th-century holy water stoup, and the south porch is also a product of the 16th century. The tower was rebuilt in the early 16th century with stones taken from Rewley Abbey in Oxford.

After the Reformation, the patronage of St Mary Magdalen was taken over by Christ Church College, though it maintained very close ties to the three colleges in the parish; Balliol, St John's, and Trinity. The church was openly Royalist, even during the Commonwealth, and it was the first church to resume using the Book of Common Prayer for services; a month before the Restoration of the Monarchy. A reminder of these Royalist ties is a portrait of Charles I over St Thomas' altar. 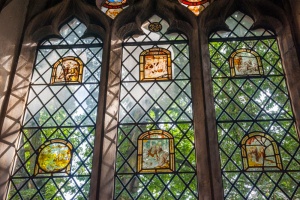 The church was rebuilt from 1841 by Sir George Gilbert Scott and was one of Scott's first commissions. Scott remodelled the north aisle, now called The Martyr's Aisle, and chancel to form a harmonious whole with his Martyr's Memorial to the north.

One of the most recent additions to the church was an ornate reredos, added in 1894. The striking west window was designed by Elizabeth Wigram in 1898 to depict Oxford's medieval history. It uses notably more muted colours than the vivid Victorian glass elsewhere in the church.

Look for a modern plaque to John Aubrey, who is buried in the church. Another famous burial is that of Amy Robsart, first wife of Lord Robert Dudley. Robsart died in a mysterious accident, ostensibly from falling down a flight of stairs, but it was widely rumoured that Dudley had her killed to further his chances of marrying Elizabeth I. If that was his wish, it was a vain one, for Elizabeth was alarmed by the scandal and distanced herself from Dudley.

The church is usually open weekday afternoons. It is extremely easy to reach on foot from central Oxford. It stands on a traffic island directly opposite the St Giles facade of Balliol College, between the west end of Broad Street and the east end of George Street. 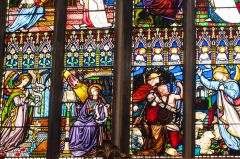 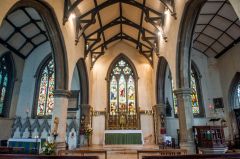 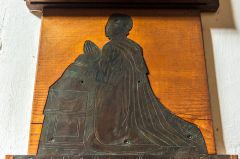 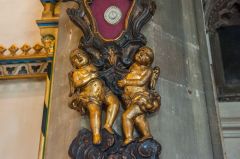 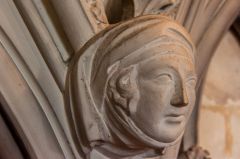